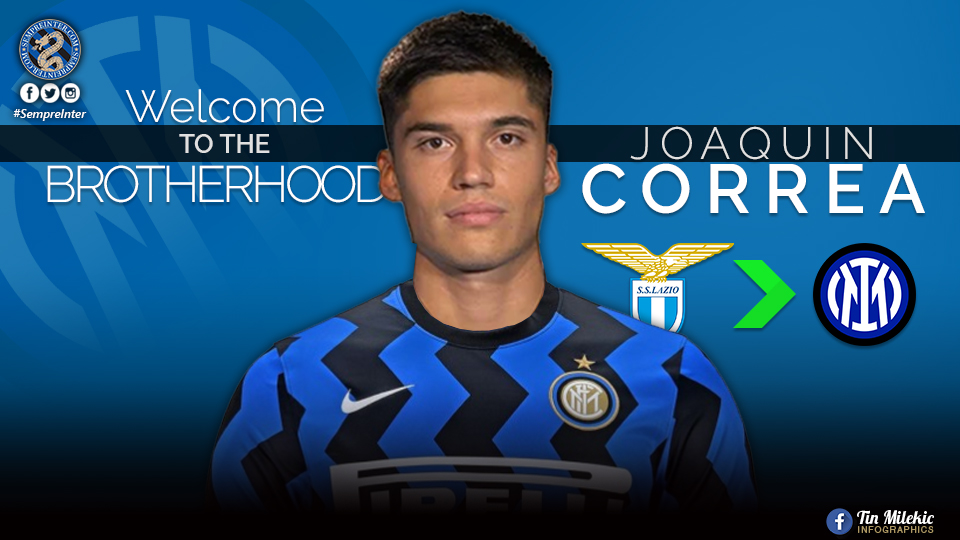 The transfer was made official via a statement by Lazio to the Italian stock exchange moments ago via TuttoMercatoWeb which revealed that the former Sampdoria and Sevilla attacker has left Lazio to join Inter.

According to the statement, Inter have paid €5 million for a loan with an additional €1 million to be paid pending sporting results, and an option set at €25 million which will become an obligation pending certain unnamed conditions.

Furthermore, the statement reads that the payment to Lazio from inter will be made in three installments.

Correa will reportedly earn around €3,5 million net per season including add-ons, although no statement regarding this has been made.

F.C. Internazionale S.p.A. have an obligation to transform the temporary purchase to a definitive one, which is to be verified on conditions which correspond to Euro 25.000.000,00 + VAT, payable in three years” the statement reads.

Correa joined Lazio in the summer of 2018 from Sevilla in a deal worth reportedly €16 million signing a 5 year contract.

Since then Tucu, as he’s nicknamed, has featured 117 times across all competitions for Lazio scoring 30 goals in the process.