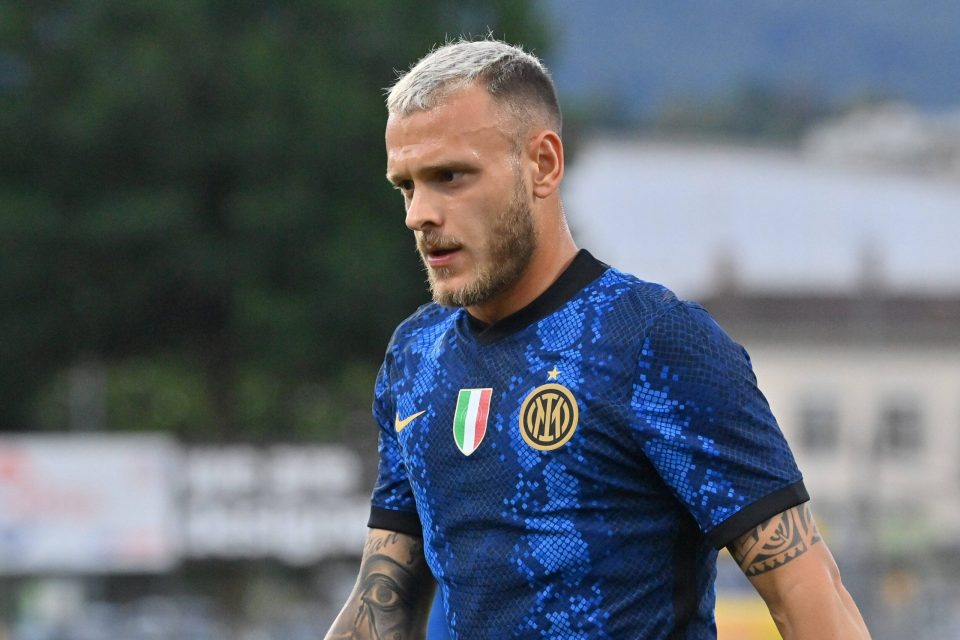 Inter defender Federico Dimarco does not expect to have an easy match in tonight’s Serie A fixture against Hellas Verona.

Speaking to InterTV before the match, as reported by FCInterNews, the 23-year-old spoke highly of Eusebio Di Francesco’s men and acknowledged that the Nerazzurri will have to work hard if they wish to get three points from their away trip to his former team.

Dimarco spent two seasons on loan with the Gialloblu where he shone under head coach Ivan Juric, but tonight the Nerazzurri are encountering a new-look Verona side under Juric’s replacement Di Francesco.

The 23-year-old will start on the bench in his return to Verona, but he will hope that his teammates can put in a strong performance against his old side and follow up last weekend’s emphatic 4-0 victory over Genoa with another win to make it six points from six in Serie A.

“They are a fierce team,” Dimarco said of the Nerazzurri’s opponents for tonight. “They will want to score against a top team like Inter. We must take to the pitch strongly and try to keep them in their half, and get on the scoresheet as soon as possible.”

Dimarco was also pleased to return to face his former club, after a successful stint with Verona.

Asked if the Gialloblu have any danger men in particular, the 23-year-old simply stated, “Everyone, they’re an unpredictable team. It’s up to us to start with the right mindset and bring home the result.”