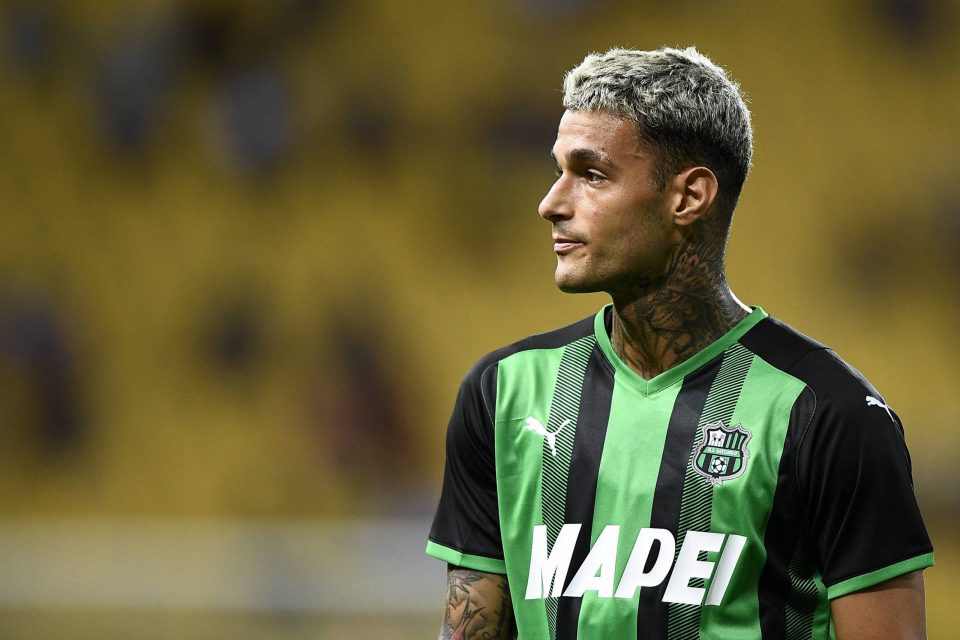 Inter are unlikely to sign Sassuolo forward Gianluca Scamacca in the remaining hours of the transfer window.

As reported by today’s paper edition of the Turin based newspaper Tuttosport, the 22-year-old Italian striker is reportedly close to a move to Cagliari, who are looking for a new forward following Giovanni Simeone’s move to Hellas Verona.

The Sardinian side are pushing to sign the young Neroverdi forward, and barring any surprises then they’ll find an agreement with Sassuolo before the transfer window closes on Tuesday.

Inter were reportedly interested in signing Scamacca as a replacement for youngster Martin Satriano, but coach Simone Inzaghi wants to keep the 20-year-old as his fifth choice striker. The Milanese club are not expected to make any last minute signings.

The 22-year-old Scamacca, who is contracted to Sassuolo until 2025, made 26 Serie A appearances last season, for a total of 1349 minutes. In that time, he scored eight goals and provided two assists.