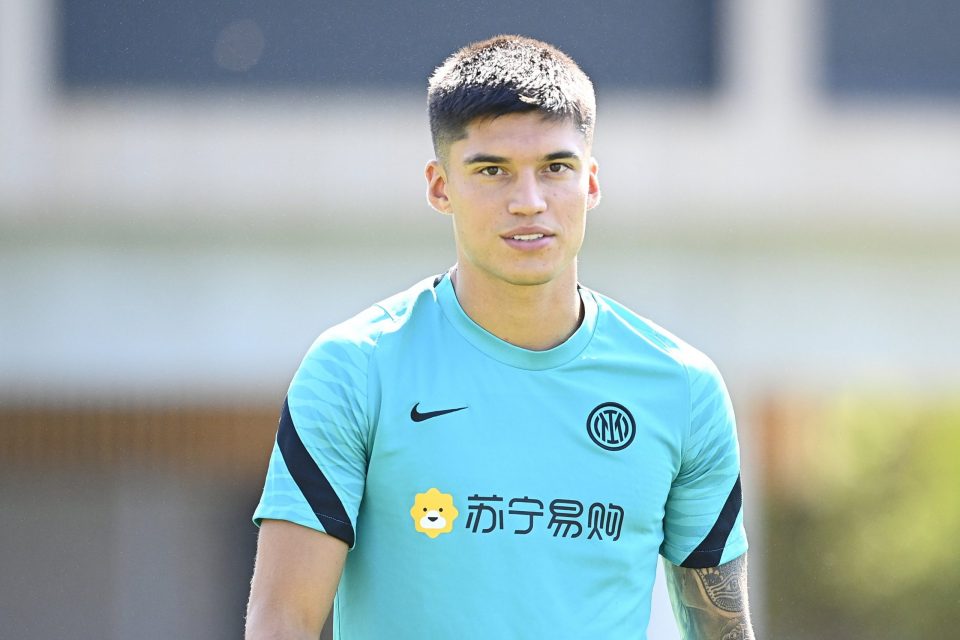 Inter forward Joaquin Correa is the second Argentinian to score on his Nerazzurri debut.

As highlighted on Inter’s Instagram page yesterday, the 27-year-old Argentinian forward netted a brace in the Nerazzurri’s 3-1 win over Hellas Verona on Friday, impressing the Milanese fans on his debut.

Correa is the second Argentinian player to score on his Inter debut, following in the footsteps of former defender Walter Samuel.

In September 2005, the fourth game of the season, Samuel scored a goal on his debut against Chievo Verona.

The 27-year-old Correa will never forget his debut, where he scored the first with a strong header and the second with a well-placed shot.

His celebratory run over to coach Simone Inzaghi was also a memorable sight, as the 45-year-old Italian coach was incredibly keen to bring the player to Milan.

Correa is the latest in a long line of Argentinian Inter players, and he will be hoping to fan favourite like so many others.