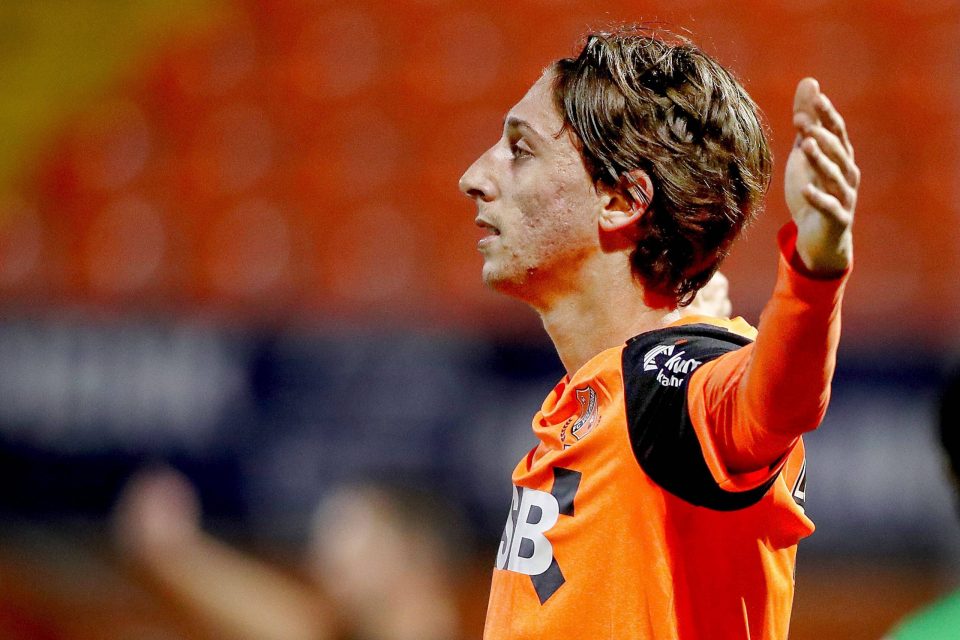 Young Inter striker Samuele Mulattieri is in prolific scoring form on loan with Crortone, having now found the back of the net three times in his last two games.

This is noted by Italian news outlet FCInter1908, who report that his goal against Cittedella follows up a brace in his last match for the Calabrian club in Serie B.

Mulattieri is picking up where he left off last season, when he was free-scoring for Dutch Eerste Divisie side Volendam, bagging nineteen goals in 32 appearances in all competitions during his time on loan in the Netherlands.

Crotone took a chance on the 20-year-old on loan this season, hoping that he can fire them to immediate promotion back to Serie A after their relegation last season.

So far things appear to be going well for the young striker at Crotone, with his goal a bright spot in a 4-2 loss against Cittadella, coming after his two goals secured a point against Como.