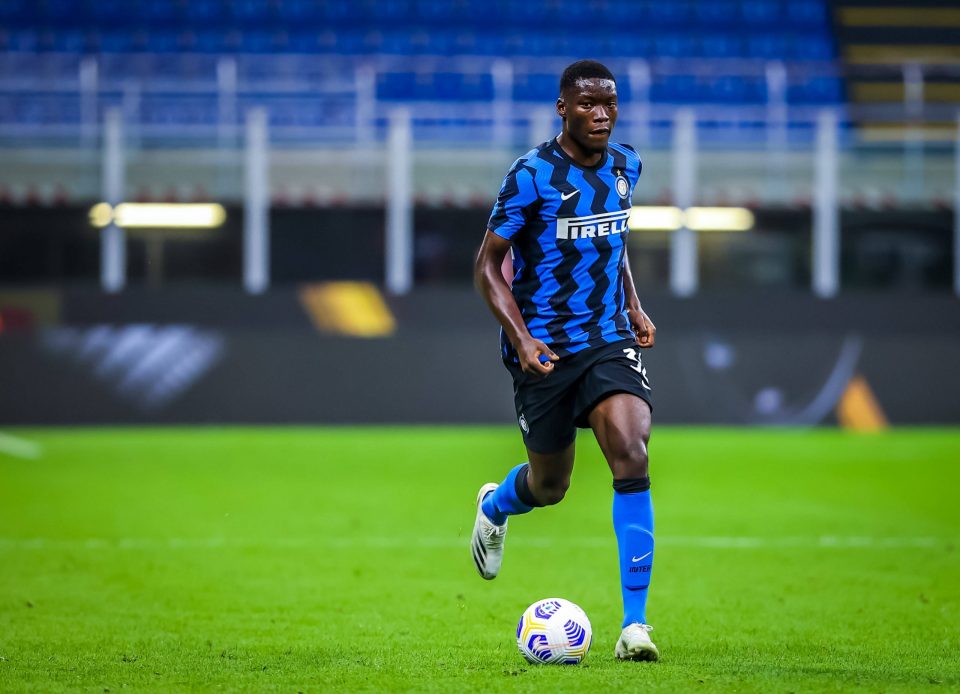 Inter midfielder Lucien Agoume has signed a contract extension with the Nerazzurri which will take him until the end of June 2025.

This is confirmed by the club on their official site, where they announce that the young Frenchman has officially renewed and signed his new deal.

Agoume is expected to depart on loan before the end of the summer transfer window, with Ligue 1 side Brest thought to be in pole position for his signature.

Before this could take place, however, the signing of a new contract with the Nerazzurri was ncessary, and now that his is the case his loan can be completed.

The young midfielder returned to Inter this summer from a loan spell with Spezia, where he impressed when he appeared but did not receive as much playing time as he or the club would have wanted, and the hope is that going forward he can start regularly wherever he plays and develop within the senior game.