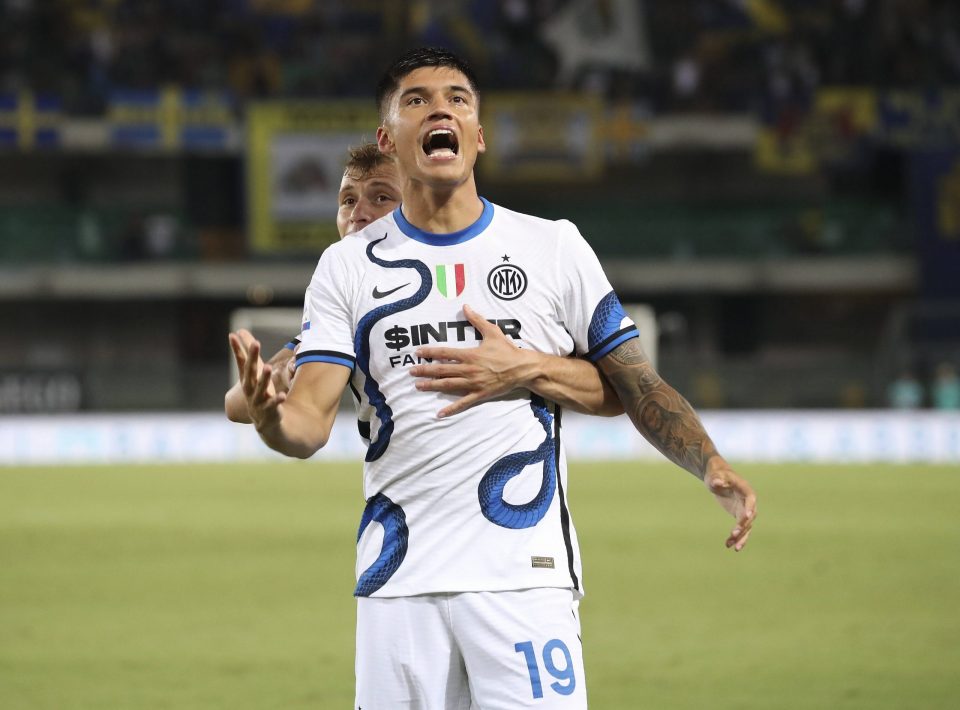 Journalist Massimo Marianella believes that Inter have made the right signing to complete their attack in the form of former Lazio forward Joaquin Correa.

Speaking to Italian broadcaster Sky Sport Italia, the journalist explained that the Argentine fits in well to the team under head coach Simone Inzaghi, with whom he worked successfully for three seasons while the pair were at Lazio together.

Inter’s first attacking signing of the post-Lukaku era, Edin Dzeko, showed his quality and reliability immediately in the Nerazzurri’s opener against Genoa, bagging a goal and an assist.

However, supporters were still hoping for another arrival who could add another dimension to the team’s attack, and in Correa a player with proven quality in Serie A and a good relationship with the manager arrived.

Only one day after being officially unveiled, the 27-year-old made his debut for the Nerazzurri, scoring two goals off the bench to hand the club three points against Hellas Verona, and fans will hope that this is a preview of things to come from the former Biancocelesti man.

“Correa is certainly one of the top five signings of this transfer window,” Marieanella opined. “And he did even more with that window in Verona, in which he was decisive.”

He characterizes Correa’s signing as “Perfect from a technical-tactical point of view for this Inter. The Nerazzurri have considered many names, but he is perfect, both for the coach and for playing with all the other teammates in the squad.”

“When a team buys a player that you put straight in and he begins perfectly,” he went on, “it means that a great job has been done by everyone. He’s player that I like very much. Credit is due to Lazio, who know how to scout players very well and enhance them.”