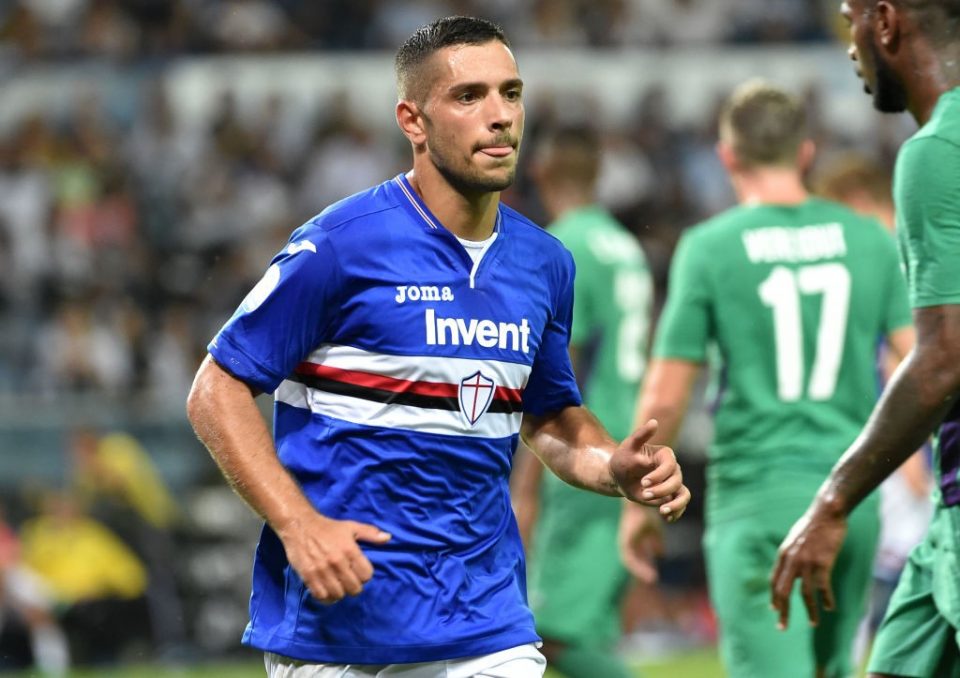 Newly-arrived forward Gianluca Caprari believes that the Gialloblu did not deserve to lose their match against Inter, which the Nerazzurri prevailed in by a scoreline of 3-1.

Speaking during his unveiling as a Verona player, as reported by FCInterNews, the 28-year-old spoke about the quality that Eusebio Di Francesco’s men possess, and stated that they were unlucky not to get a result at home against the Nerazzurri.

Caprari joins the Gialloblu on loan from Sampdoria, and they will hope that his arrival can herald better results for them after having collected no points from their opening two matches of the season.

Verona lost 3-2 to Sassuolo on the opening matchday before throwing away a 1-0 lead against the Nerazzurri, but Caprari believes that their performances in both matches warranted more and that they can get the results they want if they continue to perform as they have been in the opening matches.

Inter beat Genoa emphatically in their Serie A opener, while the Verona trip was a much tougher task, with the Nerazzurri having struggled with the Gialloblu’s pressure in the first half before turning it around with the help of substitutes later into the match.

“I saw Verona’s first two matches and there is a lot to the team,” Caprari said, “they have a proactive attitude and did not deserve to lose against Sassuolo or Inter. I am convinced that there are all the conditions to do well this year and to reach the goal of safety.”