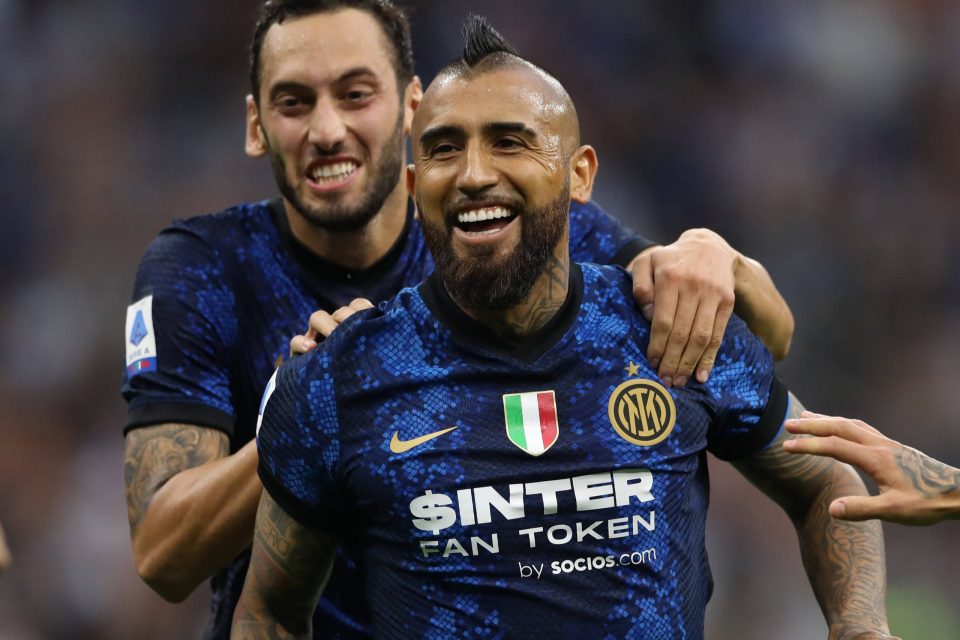 Inter midfielder Arturo Vidal could be used in a much more offensive role for Chile this evening than most fans are used to seeing him be used in, according to a report in the Italian media.

As has been reported by FcINternews, the Chilean striker, Eduardo Vargas, is going to be suspended for the match against Colombia that will count towards Chile’s World Cup qualification hopes.

That means that Chile boss Martin Lasarte may be forced to employ Arturo Vidal much further up the pitch than he normally would be played. He could play just behind the main striker, or there is a possibility he will act as a false nine.

This will be interesting for Simone Inzaghi to see because it is always important to know if you have extra options available to your squad.

Arturo Vidal has performed surprisingly well for Inter in the first two games of the season.