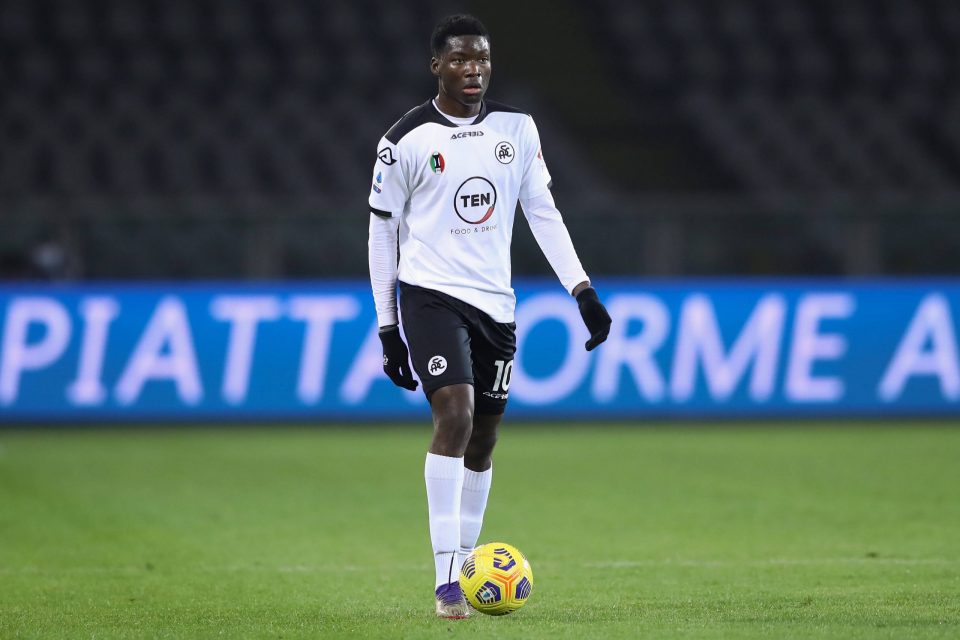 The sporting director of Lucien Agoume’s new club Stade Brest has explained that the club have been pursuing the Frenchman for many years, according to a report in the Italian media.

Speaking during a press conference, with quotes reported by FcINternews, Gregory Lorenzi explained that Stade Brest have been aware of Lucien Agoume’s talent since he was at Sochaux before his move to Inter.

“We had known the player since Sochaux, he left very young for abroad and we followed his evolution. He arrived very young at Inter, it is not easy at that age to establish himself in a club like this.”

They also kept a close eye on him whilst he was on loan at Spezia last season as well. Lucien Agoume only made 15 appearances that season with Spezia, so part of the reason to go to Stade Brest was to get more first team experience.

“We also followed him when he went to La Spezia. We talked to the entourage to see if there were any possibilities and we had patience, he had to resolve some issues with Inter who wanted to keep him throughout the preparation.

“We managed to finalize the deal, we agreed in broad terms and then we closed.”

He is also adamant that he wants to prove himself to the French league because he left so young for Inter. After a year of Stade Brest, there is a chance that Lucien Agoume could become the back up for Marcelo Brozovic.

“We are happy that he is with us. Lucien is smart and can play in many systems. In the middle of the field, both high and low, he has athletic qualities and is capable of playing in spaces.

“It is complete, but he needs to grow. I think he will show the qualities he has. We have great faith in him. It is important for us to have a player with his characteristics.”