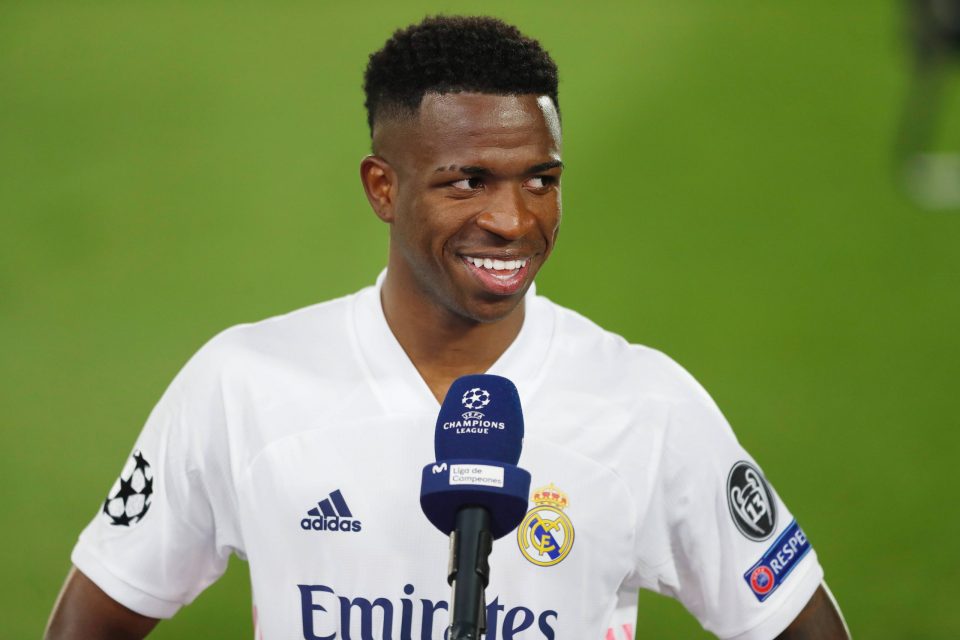 Real Madrid winger Vinicius Junior is confident that the Merengues will be able to perform well and get the better of Inter in tomorrow’s Champions League clash at the San Siro.

Speaking to Spanish news outlet AS, the Brazilian stated his belief that his team are the strongest team currently in world football and that they would do everything to win in the Champions League.

Inter face in Real a team who they lost to twice in last year’s edition of Europe’s top competition on their way to a disappointing group stage exit, and they will know that they face a tough task.

This is a different Nerazzurri side, as well as a different version of Real Madrid, but Vinicicus’s confidence suggests that the La Liga leaders remain as strong and confident as ever.

Simone Inzaghi’s team will give everything that they have in tomorrow’s group stage opener, but they will have to overcome a confident and talented opponent.

“[Opponents fear us] because we are the best team in the world, the players here are winners and we want to return to that momentum. The fans believe in that. We are going to fight hard to try to win everything,” Vinicius stated.