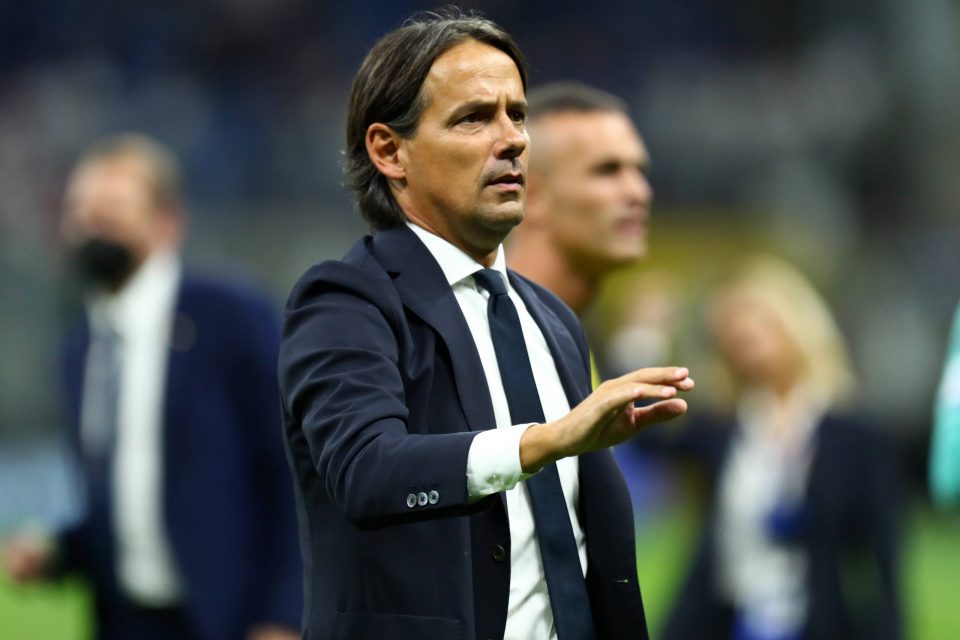 Inter head coach Simone Inzaghi was full of praise for his team despite the disappointing result in this evening’s Champions League defeat at the hands of Real Madrid.

Speaking to Italian news outlet Sky Sport Italia, the Nerazzurri boss spoke highly of the performance by the Nerazzurri despite the disappointing 1-0 loss which they endured.

Inter played with attacking intent against the La Liga leader, fashioning a number of presentable chances which they failed to capitalize on, partly due to an excellent display by Real goalkeeper Thubaut Courtois.

In the end the Merengues shocked Inter and the San Siro through a last-minute winner scored by substitute Rodrygo, the game’s only goal.

The loss is not at all the result that the Nerazzurri were looking for, with qualification to the knockout round of this year’s Champions League a priority after underwhelming campaigns in Europe’s top competition the past three seasons.

However, Inzaghi believes that the performance was strong and that they can still secure qualification if they continue to play in this way despite the frustrating start to the group stage.

“We had to pay more attention, there is great regret,” he said of the manner of Real’s goal. “The played had an excellent match, I asked for personality and courage, the team did very well on the pitch and I’m sorry.

“But if we continue playing like this we can qualify.”

He attributed the loss partly to the quality shown by Courtois, stating that “Unfortunately tonight there was against a goalkeeper who was the best player on the pitch, Courtois was very good and showed his best.

“There is little to say, but I am very proud of the performance.”

And on why he chose to take off Lautaro Martinez rather than Edin Dzeko, Inzaghi stated that “Both forwards were taken off on Sunday, I had to choose one of them. Lautaro was booked, I preferred to keep Edin on the pitch.”