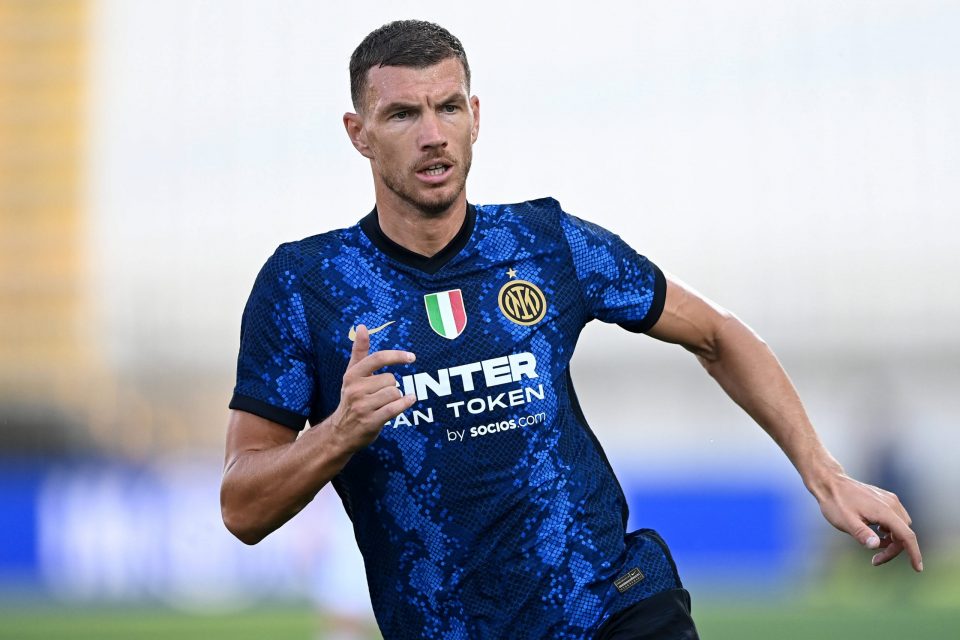 Inter striker Edin Dzeko is disappointed that the Nerazzurri were not able to get anything out of this evening’s Champions League group stage opener against Real Madrid at the San Siro, but he is proud of the team’s performances.

Speaking to Italian broadcaster Amazon Prime after the match, the 35-year-old gave his immediate reaction to a match in which the Nerazzurri had played well at times and created chances to win the match, but in the end left empty-handed thanks to a late goal by Real striker Rodrygo.

Dzeko had a few presentable opportunities including a well-guided header from a corner which Real keeper Thibaut Courtois did very well to save, but in the end neither he nor his teammates could find a way through a dogged defensive performance by the La Liga leaders.

The result will come as a source of frustration to the Nerazzurri who are desperate to progress to the knockout rounds of this stage’s Champions League competition, but Dzeko also chose to focus on the quality of their performance.

“We deserved a lot more but if you don’t score it’s hard to win,” the Bosnian striker reflected. “This result was very unlucky, we had a great game against a top opponent. We had our chances, Courtois was very good and our finishing not so much. But this was a game we were unlucky to lose.”

Asked whether he felt a part of Inter, Dzeko responded “Yes, but I felt at home from day one. I was welcomed very warmly by great guys and great champions who have shown a lot and will prove themselves again this year.”