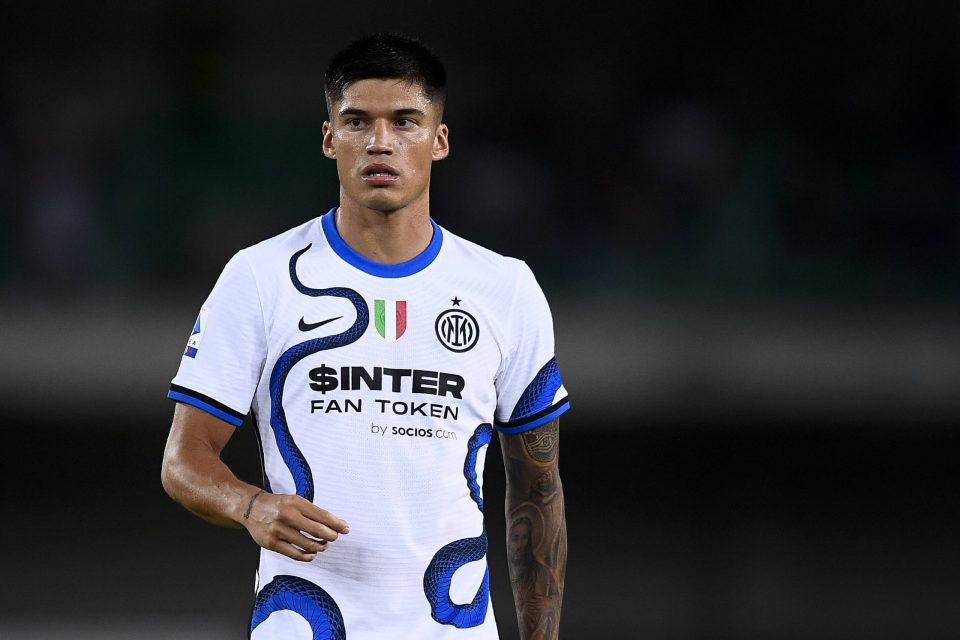 Inter forward Joaquin Correa knows that the Nerazzurri have to do everything they can to get past the disappointment of defeat by Real Madrid in midweek and get a positive result against Bologna this evening.

Speaking to Inter TV, the Argentine opened up about being frustrated with how the Real clash went and spoke about the challenges of this evening’s opposition.

Bologna are on seven points, the same number as the Nerazzurri, and they will travel to the San Siro in a confident mood and ready to show their quality.

Correa is fully prepared for a tough match against the Rossoblu, and motivated to keep momentum in Serie A and quickly recover from a tough reversal at the hands of Carlo Ancelotti’s Real Madrid team on Wednesday, a match in which the Nerazzurri played well but failed to find the back of the net.

Of Bologna, the 27-year-old said that “They’ve started very well, they have good players who can hurt us so we must be careful in every sense. We have the confidence to do well and create many chances, we must give it 100%.”

“We are angry about what happened,” he said of the Real defeat.

“Surely we shouldn’t have lost the game because we did everything to win and then something like this happens and you get the wrong result.

“But football is like that, we have another match immediately so we are ready.”