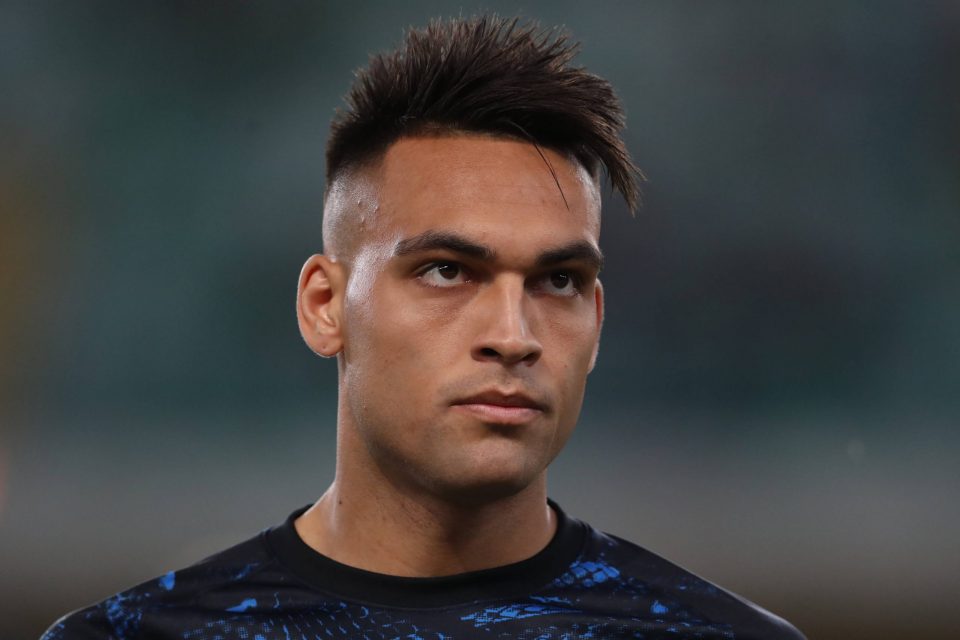 Lautaro Martinez is ready for Inter’s Serie A fixture against Bologna this evening at the San Siro, and he knows what’s at stake in the match.

Speaking to Inter TV before the match, the Argentine spoke about his feelings on starting up front with countryman Joaquin Correa for the first time since the latter joined the Nerazzurri from Lazio over the summer.

So far this season another summer signing, Edin Dzeko, has started all of Inter’s Serie A matches plus their Champions League group stage clash with Real Madrid, but for this evening’s game the Bosnian starts on the bench.

Argentine duo Martinez and Correa will form a striker partnership for the first time, and head coach Simone Inzaghi will hope that they can function well together on the pitch.

Martinez is looking forward to it and believes that he and his friend and compatriot can play well together, and that they can help secure three points for the Nerazzurri.

“We have already forgotten the match against Real,” he said of the disappointing 1-0 loss to Real Madrid during the week, “now we are thinking about the league. Today will be a tough match.”

He went on, “Bologna play a very physical style. We rested and practiced what the coach has prepared for the match. We have to concentrate to continue playing as we have in the first two matches.”

Of the key to winning the match, Martinez said “Moving the ball well as we have been doing, we have to play at our pace and when we have the opportunity we have to score.

“With Real we did everything but score – we deserved more, but games are won with goals.”

Of his teammate Correa, Martinez said that “We understand each other because we also play and train together with the national team.

“It is a pleasure to play with him, we have to do our best to help Inter win. We did well in training and we have to show it on the pitch.”