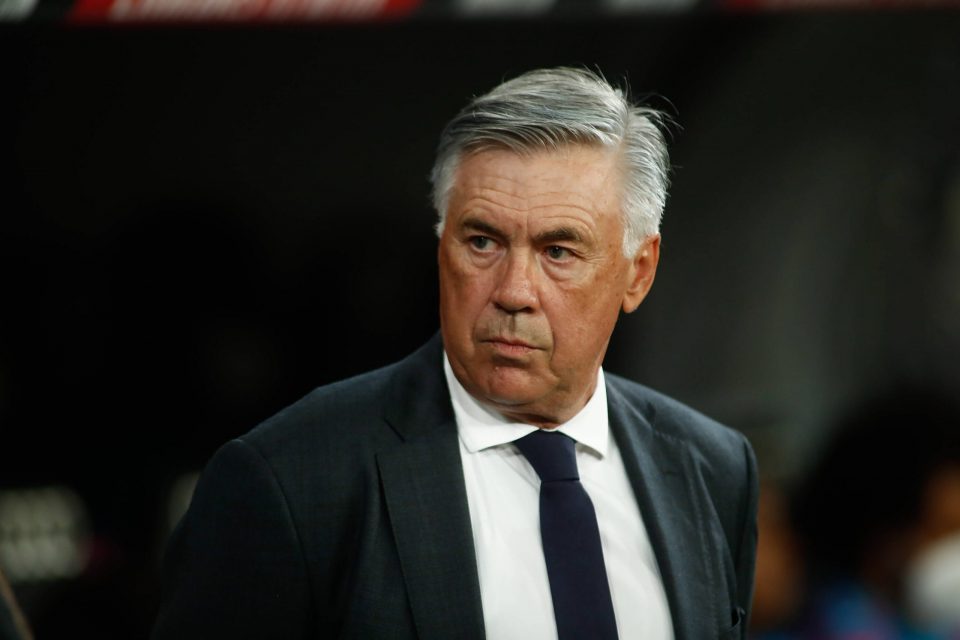 Real Madrid boss Carlo Ancelotti felt lucky to see his side escape with a 1-0 win against Internazionale in their Champions League opener on Tuesday and reckons the Italian side’s relentless pressing in the first half took a toll on them in the second as it led to an energy drain.

Rodrygo scored the only goal of the match to give Madrid a victory many felt was undeserved.

As for Ancelotti, the former AC Milan manager reckons the Nerazzuri tired themselves out in the first half, which led to them missing out on the points in the end.

“I think it was a very intense match. Inter used a lot of energy in the first half with their high and intense press. They paid for that in the second half,” Ancelotti said after the match.

“They were better physically in the first half and then we made the most of that to be better than them in the second half.

“When you can introduce fresher players into a game that was so intense, with that first half, it’s obvious that the fresher substitutes can help a lot.

“I thought of putting Hazard in during the second half, but Inter defended strongly in the middle. So, I decided to put players out wide, with Rodrygo or Vinícius, to try to attack from out wide.”

The coach was asked about the fitness of his own team, after having suggested that Inter overexerted themselves.

“Physically, I think the team is doing well,” he said. “We have players with lots of energy like Vinícius, Camavinga, Casemiro or Valverde.”

As for the match-winner, Ancelotti defended his decision to start Rodrygo on the bench. The Brazilian came on as a replacement for Lucas Vazquez in the 65th minute and came up with the decisive moment nearing the end of the match.

“Often those who are substituted on can help decide the match,” he explained. “Like Rodrygo, not only because he scored but also because of what he did defensively.

New signing Eduardo Camavinga was responsible for the assist and has made a pretty good start to life in Madrid. Ancelotti noted that the team has to be patient with the player despite his immense quality, adding that there is a need for improvement on the defensive end.

Goalkeeper Thibaut Courtois perhaps made the most important contributions as he kept Madrid in the game when they were under all of the pressure in the first half. He doesn’t agree that his side were poor defensively, however.

“Courtois saved us in that first half, making two or three saves. But, I don’t think we were bad defensively. We lost the second ball a couple of times, but everyone played well and were focused against Inter’s strong front line.”

Inter were unfortunate to be on the losing end of the game but they can take comfort in the fact that their group is not as difficult as some of the others, with Madrid the only legitimate threat to their qualification.

They’re still 1/6 to make it to the next round and fans can use almost any iPhone betting app to secure picks on that front.

“We 100% did not deserve to lose tonight given the way we played,” defender Matteo Darmian said.

“We went out there really fired up and showed what we’re capable of right from the outset. We fashioned lots of chances – it’s just a shame we couldn’t make the breakthrough.

“We paid for it at the end. I don’t think one game should knock your confidence, especially after a performance like tonight’s.

“We have to make sure we play the other five games with the same spirit we showed today. If we do that, we’ll have no problem reaching the next round.”

The loss does show how important a player like Romelu Lukaku was to Inter and why it hurts so much to lose him. The Belgian would have certainly added lots of firepower up front and, given that he makes do with whatever chances he gets in a game, he would have probably converted at least one chance.