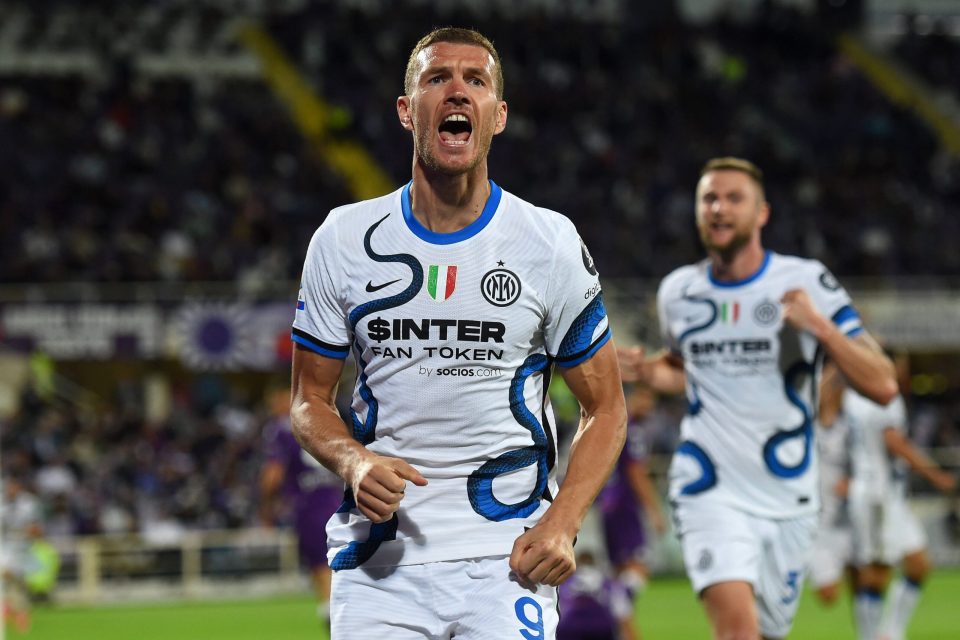 Inter striker Edin Dzeko is glad to have helped his team to an important win against Fiorentina at the Stadio Artemio Franchi after a tough Serie A clash.

Speaking to Italian broadcaster DAZN after the match, the 35-year-old praised the effort and quality by both teams in a match where his header on target proved to be the decisive goal.

Inter didn’t have it all their own way to begin with on their trip to Tuscany, deservedly going in down a goal at halftime after they had looked like they were struggling with La Viola and could have even conceded more.

However, the Nerazzurri showed their quality and determination by coming back in the second half, clawing their way back into the game.

Dzeko scored his fourth Inter goal by turning a Hakan Calhanoglu corner into the Fiorentina goal with Viola keeper Bartolmiej Dragowski helpless to stop it, and the well-taken header came right as the Nerazzurri were really starting to claw their way back into the match.

“All goals are important for me,  and it’s even better if they helpthe team,” the Bosnian said, continuing that “I went to ask the coach if he had a drink of water,” right before the goal rather than being ready to be subbed off.

“This is a great team victory,” he went on, “and we are a great team. In the first half we suffered a lot, thanks to Fiorentina who are also an excellent team.

“Then maybe they dropped off, while we were more concrete and we scored that quick one-two burst that turned the game on its head.”

On his partnership with Lautaro Martinez, he said that “Strong players can always play together. Lautaro is very good, I’m happy to play with him.”