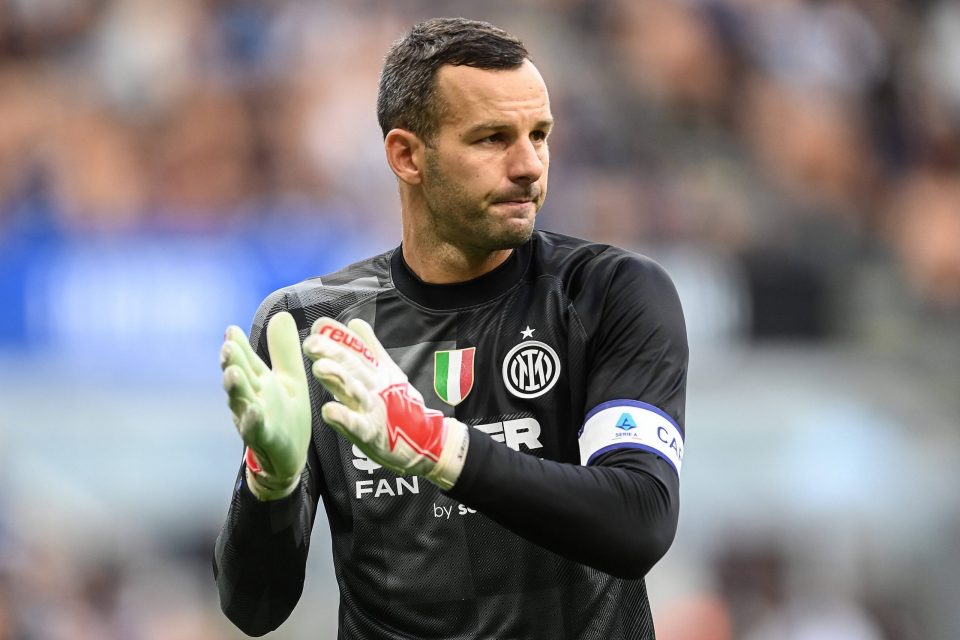 Inter captain Samir Handanovic has been given a glowing review for his performance in Inter’s comeback win against Fiorentina at the Stadio Artemio Franchi yesterday evening.

The Slovenian received a solid grade of 7/10 in the player ratings for the Serie A clash in today’s print edition of Turin-based newspaper Gazzetta dello Sport, and was singled out for praise on his contributions to the match.

Handanovic has come in for criticism based on some of his recent performances, accused of being shakier than he once was and prone to costly errors in possession.

However, the 37-year-old gave a response to his critics on the pitch at the Artemio Franchi, producing a string of top saves especially in the first half to restrict a free-flowing Fiorentina to only one goal at a point in the match where La Viola were outplaying Inter and creating chances at will.

The likes of Stefan de Vrij, Marcelo Brozovic, and Hakan Calhanoglu were awarded 6.5/10 grades, while Alessandro Bastoni, Denzel Dumfries, Roberto Gagliardini, Alexis Sanchez and Lautaro Martinez all got 6/10 grades, with Milan Skriniar deemed to be at fault for La Viola’s goal and given a 5.5/10 score not up to the recent high standards set by the Slovak defender.