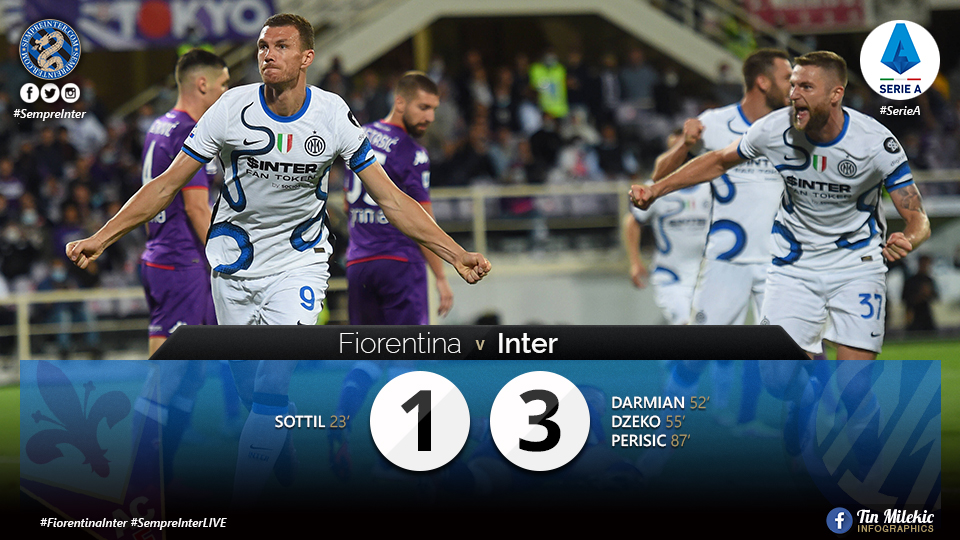 Inter defeated Fiorentina 3-1 away on Match Day 5 of the 2021/2022 Serie A at the Stadio Artemio Franchi in Florence.

The Nerazzurri started off poorly and Fiorentina dominated, deservedly taking the lead in the 23rd minute via Riccardo Sottil.

Inter struggled throughout the first half and were lucky to be trailing by the solitary goal.

In the second half Inter started better but Fiorentina were still on the front foot. That is until a double salvo via Matteo Darmian and Edin Dzeko who turned the game on its head in only 3 minutes.

This knocked the air out of Fiorentina’s lungs who went down to ten men in the 78th minute when Nico Gonzalez lost his head before Ivan Perisic secured the three points in the 87th minute.

NB: The video is provided and hosted by and from a 3rd party server SempreInter.com does not host or upload this material and is therefore not responsible for any copyright infringement or violations.