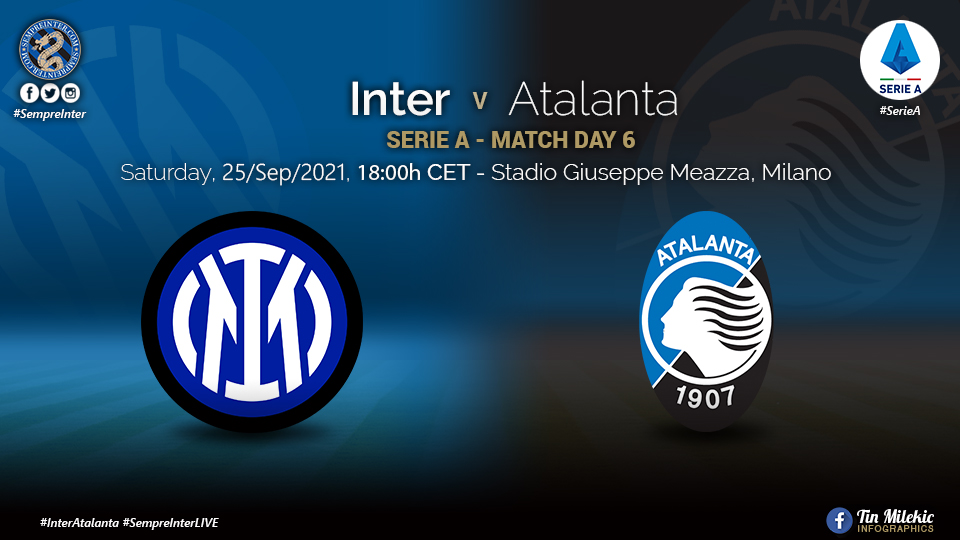 With the victorious trip to Florence behind them, Inter return to the San Siro to host title contenders Atalanta in the season’s first real test. Match tonight Saturday at 18:00 CET.

It really is a testament to Gian Piero Gasperini and the Atlanta management and ownership structure that a “slow start” for the Bergamaschi sees them sitting in fifth place having collected ten points from five matches.

At any other point in the club’s history, this probably would have qualified as a meteoric start to their season.

But framed in the team’s recent history of Champions League qualification and Champagne football, all does not seem to be too well within the Atlanta camp.

Despite going into this match on a two win streak, Atalanta really suffered for the six points against minnows Salernitana and Sassuolo.

Inter, to be fair, have had their fair share of suffering as well. Despite comprehensively beating Fiorentina, the Nerazzurri were the inferior team for the first 45 minutes by quite some distance.

However, it appears that Simone Inzaghi’s game and squad management are top notch ensuring that the Nerazzurri find a solution on the pitch or off the bench.

Inzaghi will know that Atalanta’s natural style of play is what Fiorentina tried to implement in the first half last week but without the physical dropoff. Inter must perform under pressure and play confidently and calmly through the Atalanta press.

The midfield trio of Hakan Calhanoglu, Marcelo Brozovic and Nicolo Barella will be of fundamental importance in ensuring that the Nerazzurri can carry the ball into their opponents’ final third.

This will be a physical and tough match, where Inter will need to be fully focused tactically, physically and technically if they’re to keep the pressure on league leaders  Napoli.

Despite the Inter treatment room being quite busy, Inzaghi has managed his squad and its rotation quite well. Unavailable for the match are the following players: Stefano Sensi (no surprise here), Arturo Vidal, Joaquin Correa and Christian Eriksen.

Last 10 Head to Head: Despite Atalanta’s label of a bogey team for Inter, the hosts hold a strong 4-2 lead over the two sides’ previous ten league encounters.

Edin Dzeko: With four goals scored so far, the Swan of Sarajevo has been sensational.

Prediction & scorers: Inter 2 – 1 Atalanta; with Dzeko continuing his scoring spree and Lautaro sealing it for the hosts.

Concluding remarks: Despite Atalanta entering the game in sub-optimal form, expect the match to be extremely difficult for the hosts, and that the dream of the clean sheet to continue eluding the Nerazzurri.

However, Inter have shown their ability to interpret and manage matches intelligently and well.