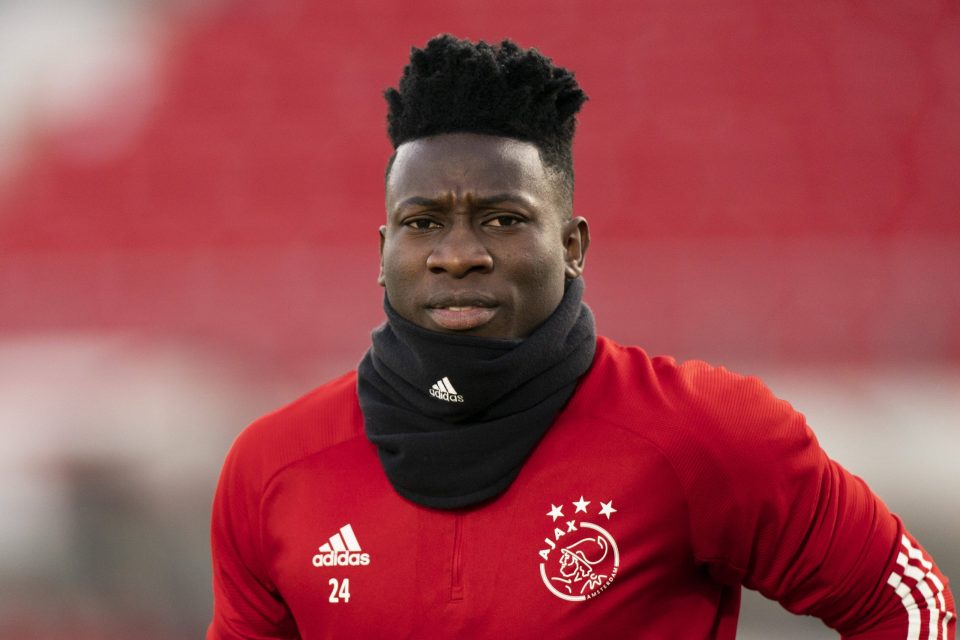 Inter could look to bring in Ajax goalkeeper Andre Onana as early as the January transfer window as they look to speed up the process of finding a replacement for Samir Handanovic.

This according to today’s print edition of Rome-based newspaper Corriere dello Sport who report that recent poor form by the current Number One could move the Nerazzurri to act and sign the Cameroonian as soon as possible rather than waiting until next summer.

Onana has reportedly been among the Nerazzurri’s top targets for a long-term replacement for Handanovic, with the 25-year-old available on a free transfer next summer should he not agree an extension with his current club Ajax with his present deal set to expire at the end of June 2022.

However, the Dutch champions could freeze Onana out of the squad should he not wish to agree on a new contract, while Handanovic’s poor form means that the Nerazzurri may look to speed up the process of bringing him in.

The Nerazzurri have a non-EU spot available in their squad, and Onana could be available for a cut-price fee from Ajax should he be out of favour and a few months from being out of contract, so a January swoop for him cannot be excluded.