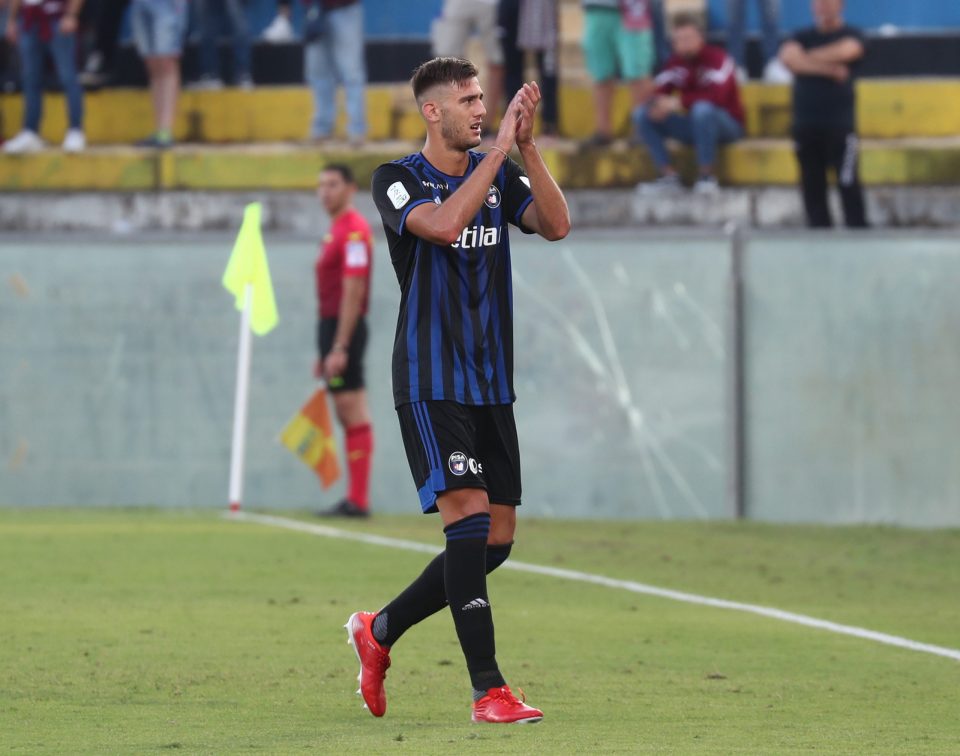 Young Pisa striker feels that he has a good understanding with fellow Italy Under-21 international Samuele Mulattieri, and that they can work well together.

Speaking to the Italian FA’s official social media channel, as reported by FCInterNews, the 21-year-old spoke highly of the Inter-owned Mulattieri based on their interactions in the Under-21 team.

Lucca currently sits top of the Serie B scoring charts on six goals from seven matches, having made a major impact upon his move to Pisa from Palermo over the summer.

Meanwhile, Mulattieri made the switch to fellow Serie B outfit Crotone after a strong loan spell at Volendam, and he is only one goal behind Lucca, having found the back of the net five times.

Rivals at club level, the pair are now teammates in the Under-21 level, and Lucca, who is a target for a number of top Serie A clubs already on the strength of his recent performances, believe that they have a good chemistry on and off the pitch.

“As for the Under-21 team, we are a strong, competitive team,” he said “especially because there are some of us who play in the top flight and many in Serie B. Here I have formed a particular relationship with Mulattieri, with whom I immediately spoke, and with [Brescia defender Andrea] Papetti.”