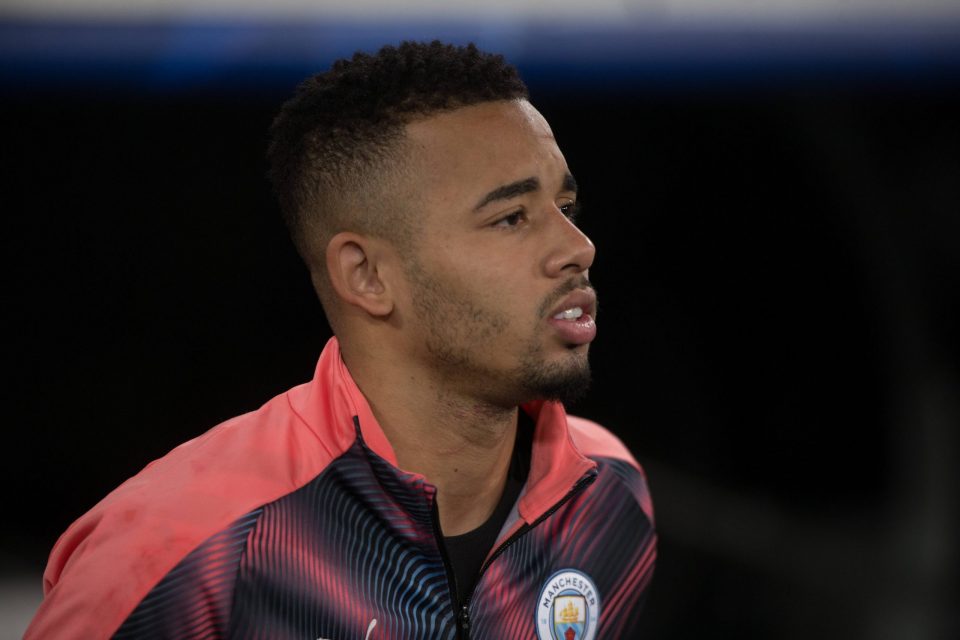 Inter had been interested in Manchester City striker Gabriel Jesus while he was playing for Palmeiras, but he eventually chose the Cityzens over them.

This according to Italian agent Giovanni Branchini, speaking at the Trento Festival of Sport as reported by FCInter1908, who also gave the view that former Inter striker Mauro Icardi is a good fit at Paris Saint-Germain.

Jesus had attracted many admirers with his performances while at Palmeiras, but it was City who made the most convincing offer to the then-teenage striker who saw out his final season with the Brazilian club before making the switch to the Premier League.

As Branchini explains, he had also been a player who the Nerazzurri were interested in, but they were unable to convince him.

Of the striker, he stated that “Inter wanted to buy him, but from the beginning they decided to go to City. Then he was never on the market, I don’t think he was close to anyone – now he has very high costs, he is slightly out of the market for the Italian clubs.”

He continued, “I don’t think it’s likely that he leaves for Italy, he has high expectations even if he has never been an unquestioned starter. He plays a lot.”

Branchini also stated that former Nerazzurri striker Icardi has a profile that is well-suited to PSG despite the fact that he does not always start, suggesting that he provides important qualities in their squad that others don’t posses.

“He is  different from everyone else PSG have in their squad,” he explained. “sometimes matches don’t go the way you would like, sometimes to have a centre forward like him is convenient for those teams who want to win everything.”