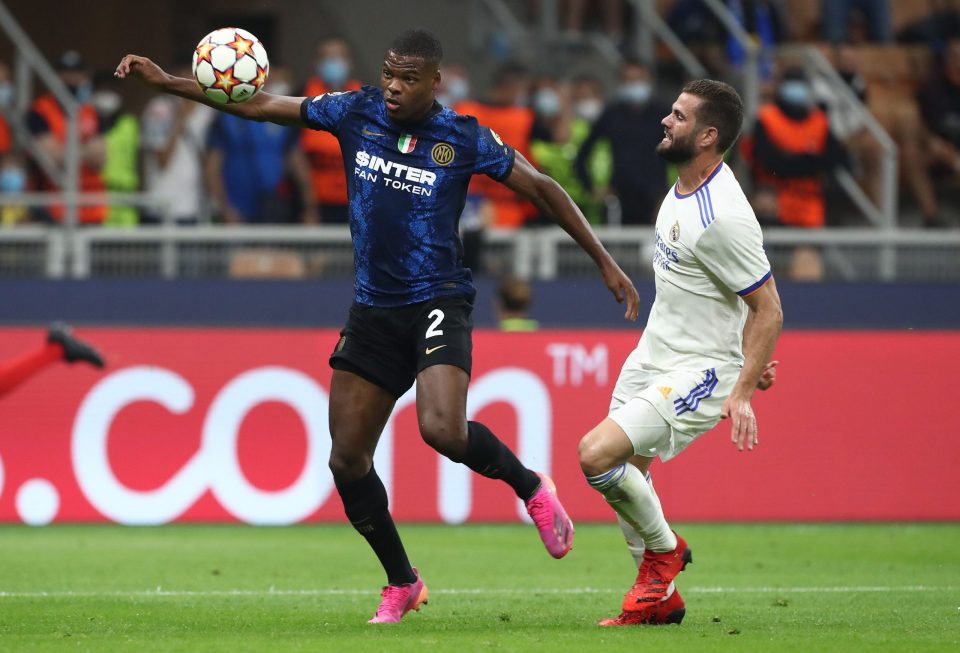 Denzel Dumfries and Ivan Perisic could be in line to start Inter’s match against Udinese on Sunday at San Siro, according to a report in the Italian broadcast media.

As has been reported by Sky Sport in Italy, Matteo Darmina and Federico Dimarco, who started the last match against Empoli, may be rotated out of the squad in place of Denzel Dumfries and Ivan Perisic.

This is because Simone Inzaghi is taking the opportunity presented by two matches against weaker Serie A opposition to give some players a well needed rest ahead of the Champions League match against FC Sheriff and the Derby della Madonnina next Sunday evening.

For this same reason, Andrea Ranocchia could find himself getting a rare start in place of Stefan de Vrij  as the Dutch defender has played a lot of football for club and country so far this season.

Edin Dzeko is expected to come back into the team.