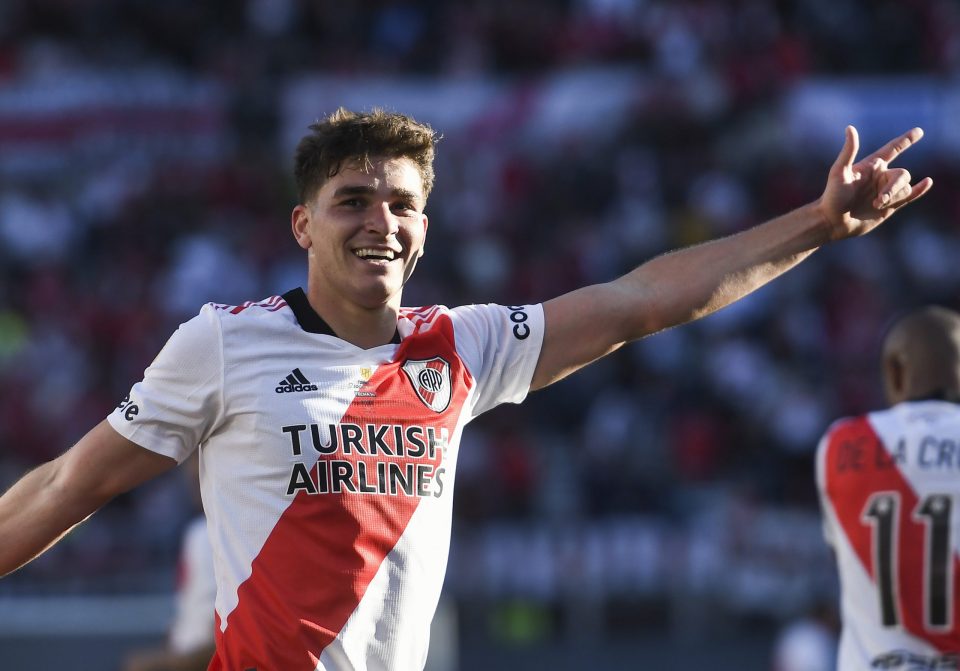 Inter will face stiff competition from all over Europe if they are to sign Julian Alvarez from River Plate, according to a report in the Argentinian media today.

As has been reported by Ole in Argentina, both Napoli and AC Milan are also monitoring the young striker very closely and are serious about making a move for him.

As well as those three teams who could be fighting for the Scudetto later in the season, there is also serious interest in the Argentine from Bayer Leverkusen in Germany, Aston Villa in the Premier League, and Real Madrid in La Liga.

Inter are hopeful that the presence of Javier Zanetti, who is also Argentine, will help Julian Alvarez make the decision that Inter is the club for him should an agreement be reached with River Plate.

The player has a €25 million release clause and his current deal ends in December 2022, making a summer move possible.