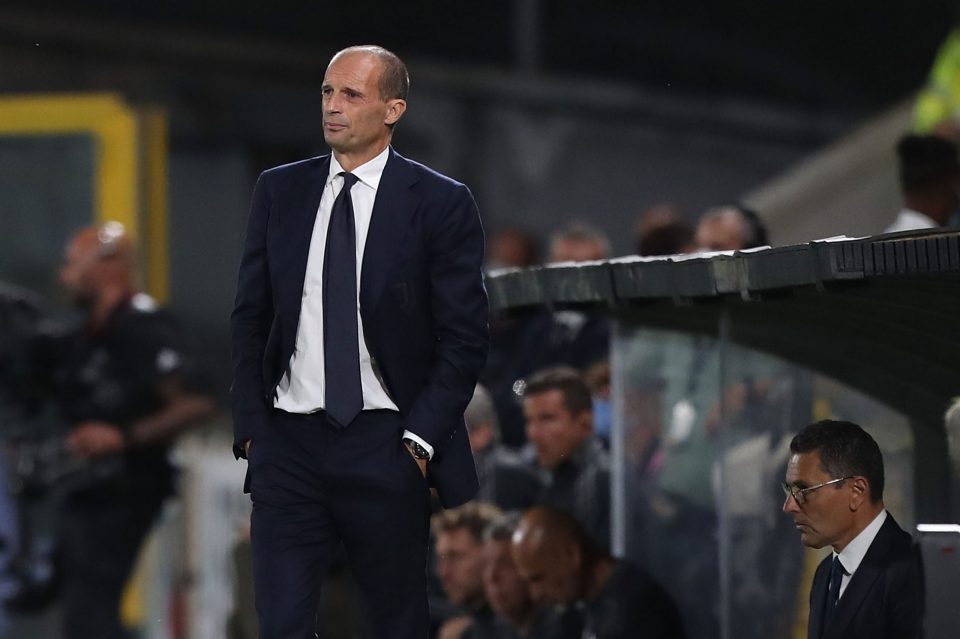 Juventus boss Max Allegri has labelled Inter as the favourites to lift the Serie A title this season despite being third in the table so far, according to a report in the Italian broadcast media.

Whilst speaking to Dazn ahead of Juventus’s match against Hellas Verona, Max Allegri explained that Inter are still his favourites but Napoli and AC Milan are playing very well at the moment too.

“I think Inter are still the favourite, but AC Milan and Napoli are doing well. They have what it takes to win the championship.

“A draw and 3 defeats and the advantage they have is already eaten. All stuff that does not concern us. We are thinking of Verona.”

Inter currently sit third in the Serie A table and are seven points behind AC Milan and Napoli who have been in electric form.

Napoli are yet to lose a game and have only drawn once, which was against AS Roma. Inter will have to find more consistency in their results if they are to catch up to the leading pair and overhaul them.

Max Allegri said that his Juventus side can not worry about the title now, they must focus on the Champions League places.

“At Juve at this moment we cannot think of titles, now the closest is the passage of the round in the Champions League. Let’s think about this.”