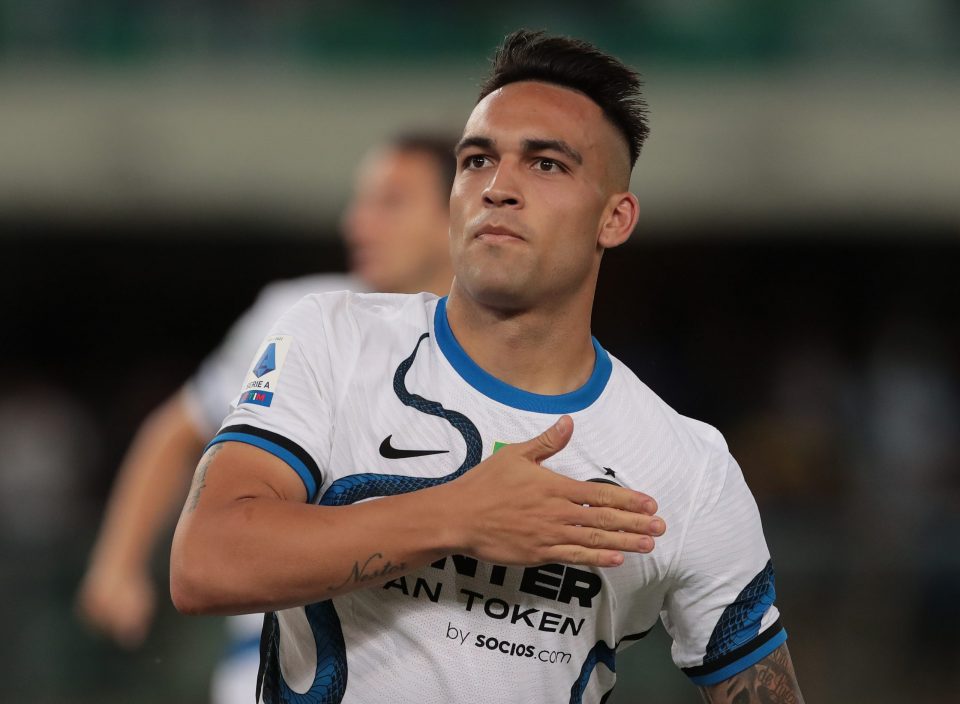 Inter striker Lautaro Martinez may be left on the bench for the visit of Udinese to San Siro on Sunday despite his new Inter contract, according to a report in the Italian print media today.

As has been reported by Tuttosport, Simone Inzaghi is looking to rotate his squad heavily once again, ad he did for the away match against Empoli on Wednesday night.

In that game, players such as Alexis Sanchez, Danilo D’Ambrosio, and Roberto Gagliardini were brought into the starting eleven to rest other key players.

With his eyes on the vital Champions League fixture against FC Sheriff in midweek and the Derby della Madonnina next weekend, Simone Inzaghi may take this opportunity to give Lautaro Martinez a rest.

Fans may be keen to see the Argentine in action after he committed his future officially to the club with a new contract that was signed and announced on Thursday.