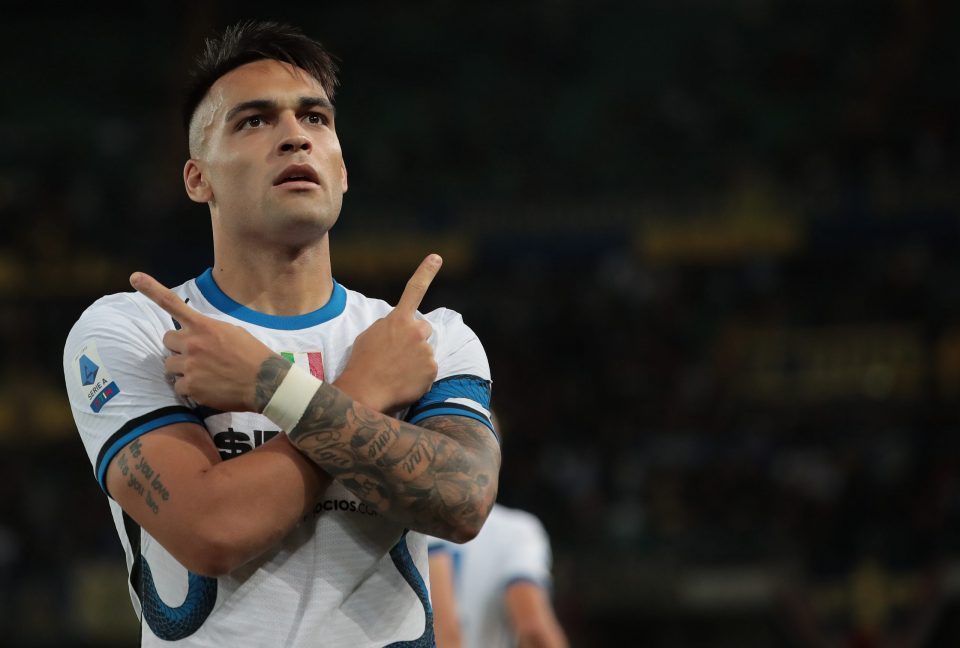 Inter striker Lautaro Martinez has filmed a short video of himself addressing the Inter fans having just signed his new contract with the club.

The Argentinian striker put pen to paper on a new Inter contract on Thursday that will see him stay at the club until 2026 and earn €6 million per season.

Lautaro Martinez rounded off the short message to the fans that was posted on Inter’s Twitter account with the rallying cry of: “Forza Inter!”.