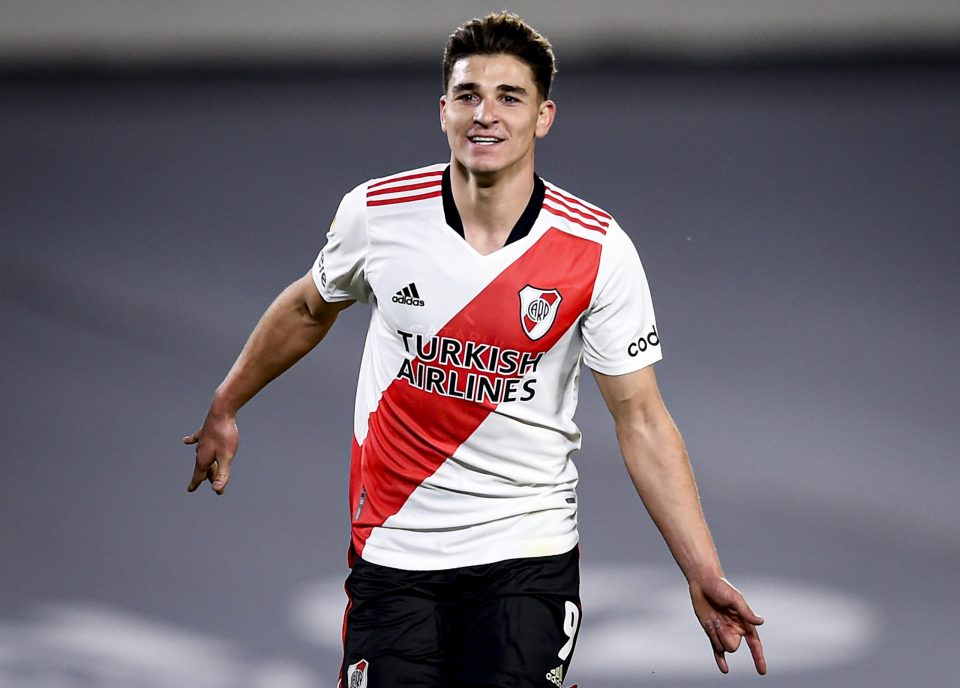 Inter have been linked with River Plate striker Julian Alvarez, and his compatriot and former Udinese and Roma striker Abel Balbo believes that he can hit even higher heights than current Nerazzurri striker Lautaro Martinez.

Speaking to Argentine newspaper Ole in an interview published in today’s print edition, Balbo gave a description of Alvarez’s technical qualities and compared him to Martinez for the future.

Alvarez has been one of the standout players in the Argentine top flight this season, with eleven goals and six assists from fourteen games so far seeing the 20-year-old catch the eyes of many observers.

His form has seen him come to the attention of a number of top European clubs, with Inter thought to be among the most interested clubs in his signature.

Balbo believes that Alvarez has the necessary qualities to make a significant impression should he sign for a team like Inter.

“I think he is already a candidate to occupy a more significant place in the national team and he will have a career for many years with the Albiceleste,” he stated. “As far as characteristics are concerned, Martinez and Alvarez are not very different. Both drop deep and know how to play the ball very well. Later, when he has more experience, Julian will be even better than Lautaro.”