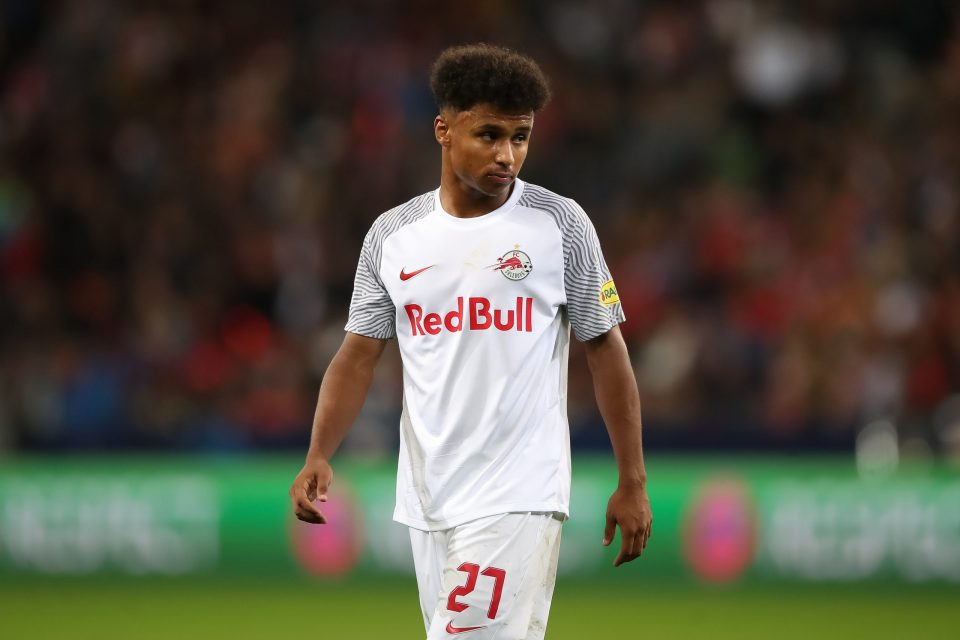 Inter are interested in signing young Red Bull Salzburg striker Karim Adeyemi, but they could be out of the race for him as an auction looks to be on the horizon among top European clubs.

This according to today’s print edition of Milan-based newspaper Gazzetta dello Sport, who report that meetings with the German’s entourage have only been exploratory and that the player would likely be out of the Nerazzurri’s price range should his value be driven up by the interest of other major clubs.

Adeyemi’s performances for Austrian champions Salzburg this season have caught the eye of many clubs, and the Nerazzurri are among his admirers having met with his agent.

However, the list of clubs interested in the striker’s signature is growing and the Nerazzurri are not likely to be able to participate in an auction for the 19-year-old should the race to sign him come to that.