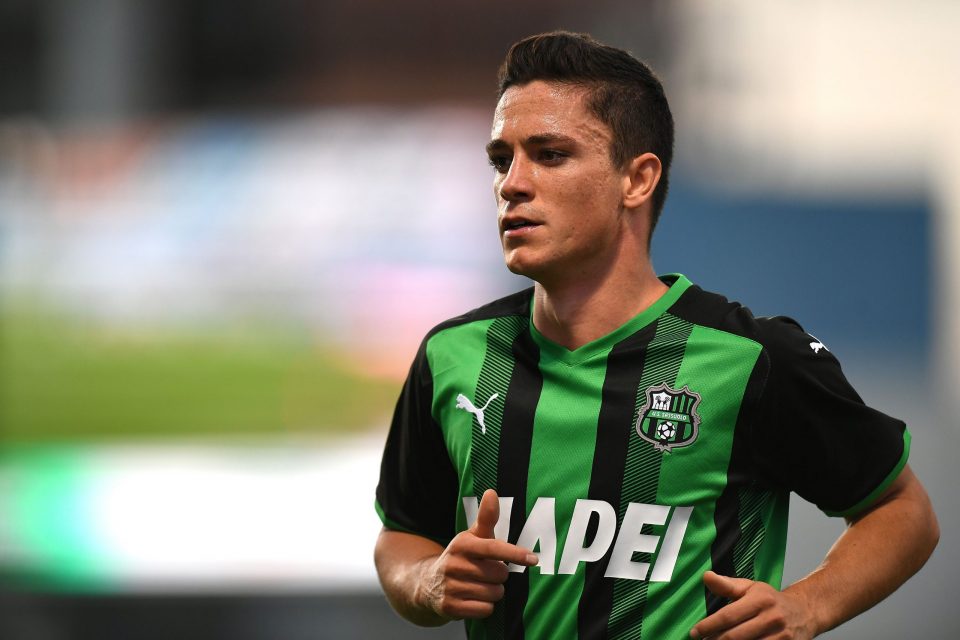 Inter could attempt to sign Giacomo Raspadori from Sassuolo in January if they can offload Alexis Sanchez to another team, according to a report in the Italian media.

As has been reported by La Gazzetta dello Sport, Inter CEO Beppe Marotta has shown persistent interest in the young Italian striker but Inter have not yet made an official approach.

Signing him would be in line with the club’s vision to sign young Italian stars that can be a part of the team for many years to come.

It would not be financially prudent to buy the player in January though if Alexis Sanchez is still at the club as his wages are too high to not be used at all.

This means that there is the potential for a move in January but an assault in the summer of 2022 is much more likely as Alexis Sanchez will likely move on.