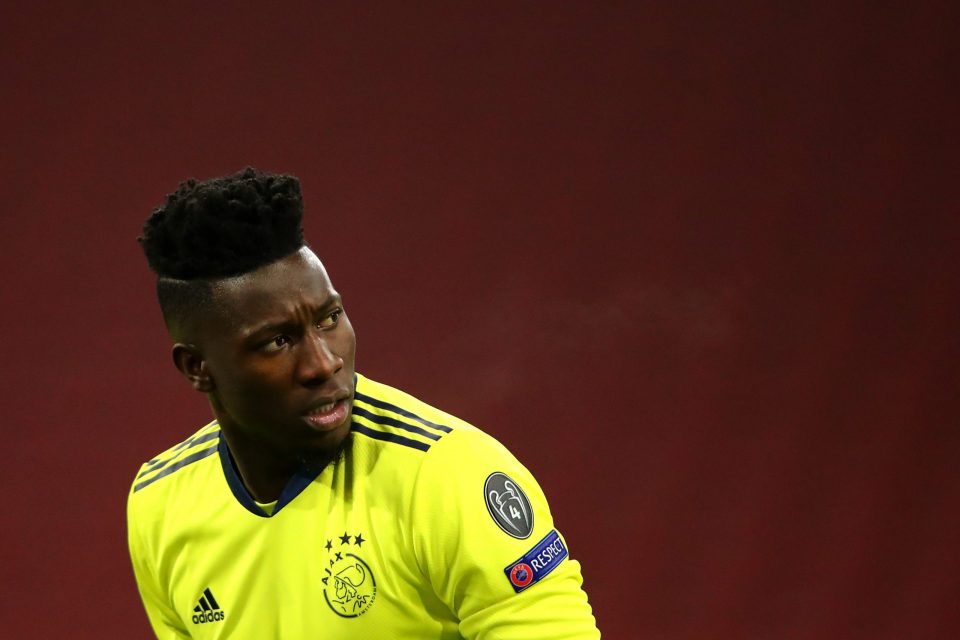 Inter are close to the signing of Ajax goalkeeper Andre Onana, with the agreement all but secured to bring him in on a free transfer.

This according to today’s print edition of Turin-based newspaper Tuttosport, who report that the Nerazzurri are closer than ever to the signature of the Cameroonian who is a player they have blocked as a priority target.

Onana is one of the foremost targets in the Nerazzurri’s search for a long-term successor to captain Samir Handanovic in goal, and they have been working on an agreement which would see him leave his current club at the end of his contract to join next summer.

There is virtually no chance that the Cameroonian will agree on a new deal with the Dutch champions as the relationship has gone sour, and the Nerazzurri are preparing to get a pre-contract agreement with him in place as part of their January plans.