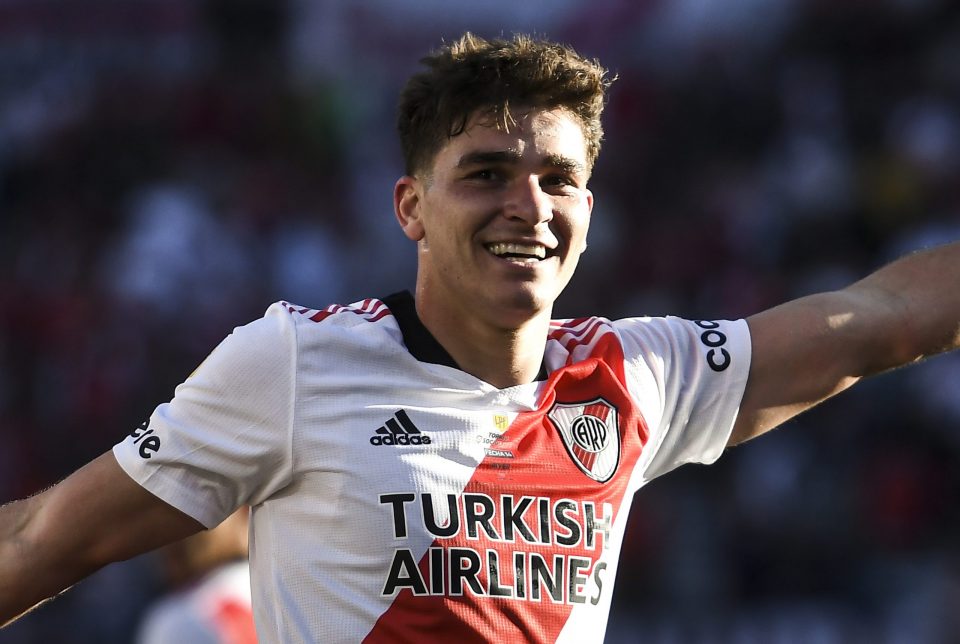 Inter have joined the race for young River Plate striker Julian Alvarez, although they will face the competition of Real Madrid for his signature.

This according to Argentine broadcaster ESPN, via FCInterNews, who report that the 20-year-old is a major target for the Nerazzurri and the Merengues and that his current club hope to renew with him.

Alvarez’s form in the first part of his campaign has made him a standout player in the Argentine top flight, and with his current deal set to run out at the end of June 2022, the Nerazzurri are considering a move for him.

The Argentine’s current deal has a release clause of €25 million, although it remains to be seen whether the club would demand this much should his contract be close to an end.

River Plate are hoping to extend the striker’s deal to the end of 2024, and to increase his release clause to €30 million, although it remains to be seen if he would be willing to accept their offer.