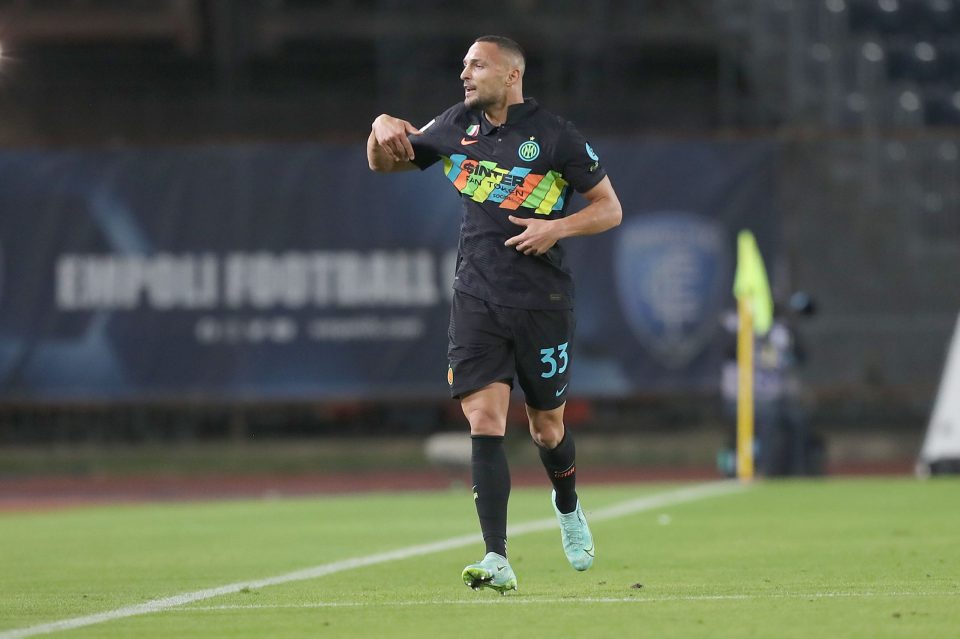 Italian journalist Fabio Caressa is a big fan of defender Danilo D’Ambrosio, praising the 33-year-old for his well-rounded skillset and reliability.

Speaking to Italian football broadcaster Deejay Football Club, Cressa gave D’Ambrosio as an example of the Nerazzurri’s strength in depth following their victory against Empoli on Wednesday.

Inter are in the midst of a busy period in the fixture calendar, with the Empoli clash having seen the team play with a rotated eleven from the one which started against Juventus last weekend.

D’Ambrosio was handed his first start of the campaign, and the versatile defender showed that he can still make a big impact even if he is no longer a regular starter in the team, capping off a solid display with a great last-ditch clearance and a goal to put his team ahead in the match.

Caressa is a big fan of the 33-year-old, and believes that he still has a major role to play in this Inter team.

“I want to hug D’Ambrosio,” he said, “a player who has an unthinkable goalscoring record for a defender and then you can put him anywhere.”