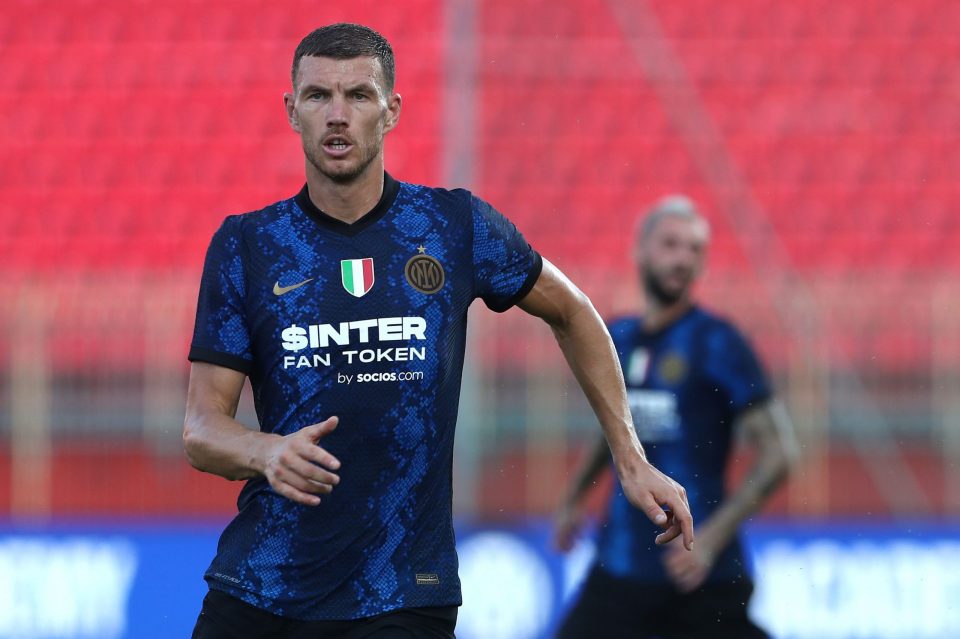 Inter striker Edin Dzeko has been called up to the Bosnian national team for their upcoming FIFA World Cup qualifiers against the likes of Finland and Ukraine.

This is confirmed by the Bosnian FA in a tweet, where they announce their complete squad list for the upcoming fixtures during the November international break.

Dzeko is the captain of Bosnia and Herzgovina’s national side, and is their top appearance-maker and goalscorer, with 118 caps and sixty goals respectively since 2007.

The 35-year-old remains an important player for his national side as he does at the Nerazzurri, and he shows no signs of slowing down as he will continue to lead the team in these important qualifiers.

The Nerazzurri will hope that Dzeko is able to rest sufficiently in spite of the inclusion in the squad for the two fixtures, with the fixture schedule between club and international dates already packed as it is.