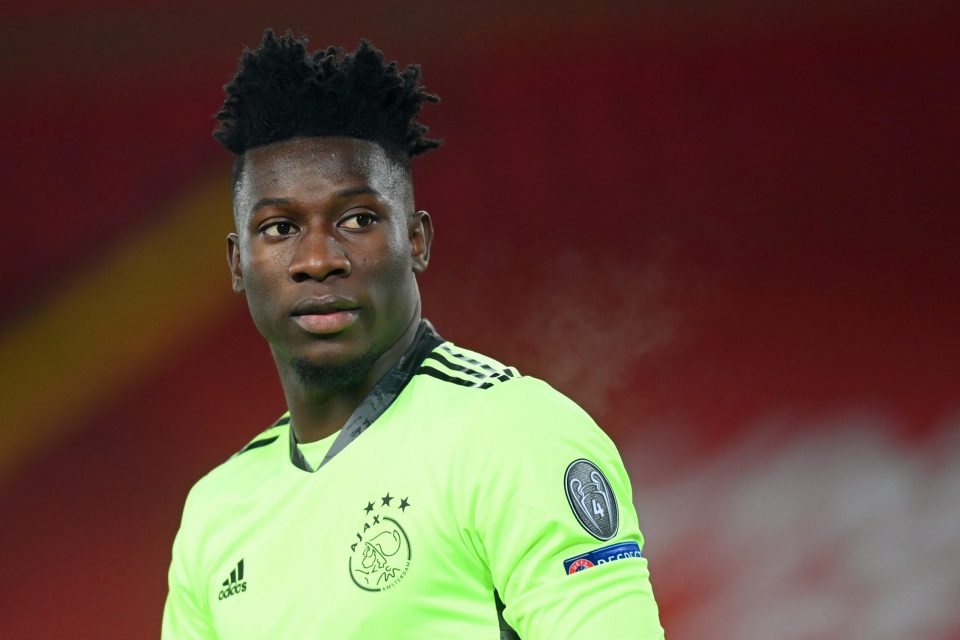 Inter are edging closer to securing the signing of Ajax goalkeeper Andre Onana as the long-term replacement for Samir Handanovic next summer, but the transfer saga has left Ajax fans alienated.

This according to today’s print edition of Turin-based newspaper Tuttosport, who report that Ajax supporters have grown upset with the Cameroonian and some no longer want to see him play for the club.

Onana will be eligible to return to the pitch this week, with the 25-year-old having been out for the past year thanks to a doping ban.

The 25-year-old’s contract with the Dutch champions is also set to run out at the end of June 2022, and it appears virtually certain that no extension will be agreed.

Onana is strongly linked with a move to Inter on a free transfer next summer when his current deal expires, and the club are reported to be closer than ever to getting a deal over the line with the player and his entourage.

However, Ajax fans are unhappy about the situation, with ultras group F-Side releasing a statement branding the 25-year-old a “Judas” and it remains to be seen if he will play for the Dutch side again and whether his relationship with the fans can be repaired before a prospective move to Inter is completed.