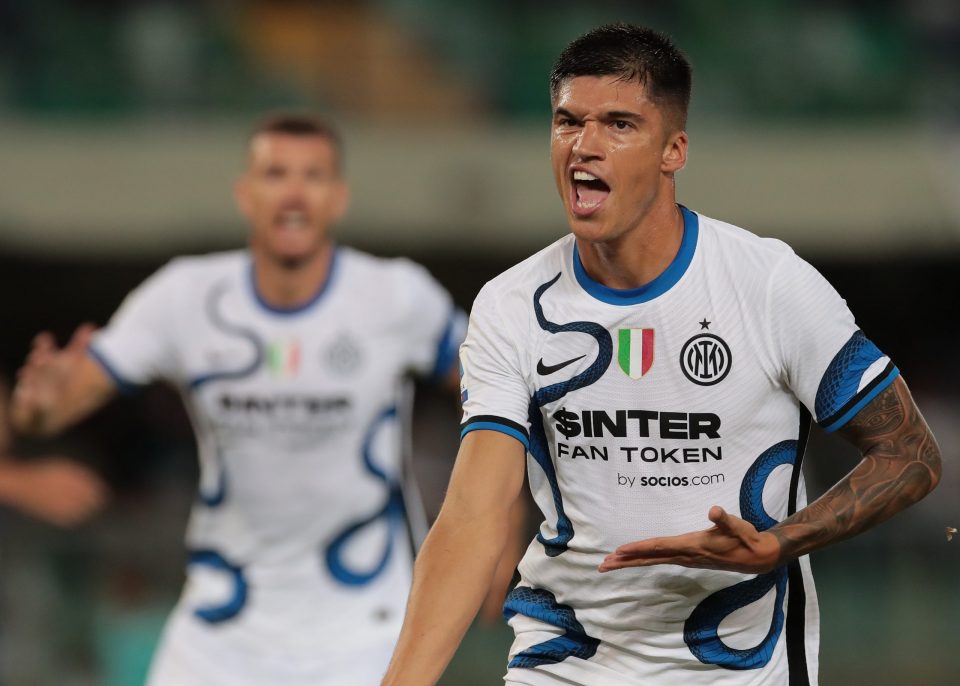 Inter forward Joaquin Correa feels that he has announced his return from some fitness struggles that have kept him from contributing to the team as he’d like to in recent weeks.

Speaking to Italian broadcaster DAZN after the Nerazzurri’s 2-0 win over Udinese, the Argentine emphasized his desire to kick on from the match-winning brace that he scored this afternoon.

Correa did not start the match against Udinese at his best, struggling to get involved in the first half as the opposition did will to deny the Nerazzurri many spaces in which to operate effectively.

In the second half, however, the 27-year-old scored twice to ensure that his team took all three points, and he feels that he is back from the fitness struggles that have bothering him since the return from the international break.

The Argentine feels that he is back in form and that he has put these fitness problems behind him with a good response.

“It is important that the goals are important to a win,” he stated. “Sometimes things go in and sometimes not, I’m happy with the three points.”

On the upcoming matches against Sheriff Tiraspol and AC Milan he stated that “The whole team is ready. Even those who don’t play often when are ready they do.”

“The injury kept me out a bit, I was a bit pissed off because I couldn’t recover,” he went on. “But everyone helped me, now I want to continue like this.”