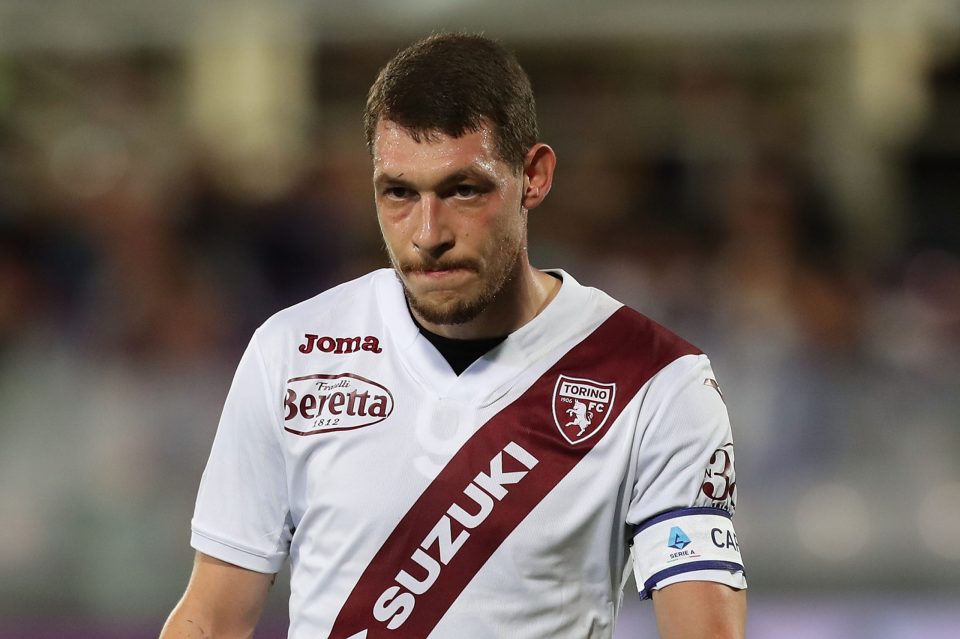 Inter-linked Torino captain Andrea Belotti hopes to remain with the Granata past next summer although he is not certain of his future.

Speaking to Italian broadcaster DAZN after his team’s 3-0 win over Sampdoria yesterday, the 27-year-old striker clarified his situation amid links to the Nerazzurri and other clubs.

Belotti’s current deal is set to expire at the end of June 2022, and he has yet to agree on an extension with his current club.

The 27-year-old has attracted the interest of a number of clubs with the possibility of a free transfer next summer, and the Nerazzurri had also reportedly made him a target over the summer before they signed Joaquin Correa instead.

Inter could still be among the clubs to move for him next summer or in January with the player reportedly still among their targets to strengthen the attack, but they will still have to wait to see what his situation is with Torino.

“I was clear and direct with the coach,” Belotti explained, “I expressed my desire to stay, and then we will make decisions.”