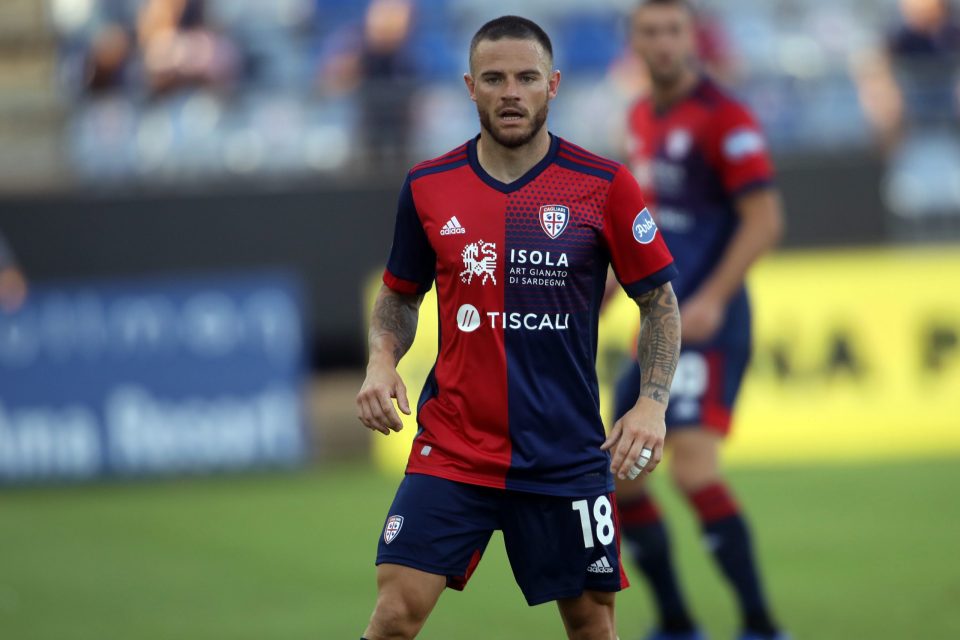 Italian journalist Niccolo Ceccarini believes that Inter will look to bring in Cagliari midfielder Nahitan Nandez in January as they are not convinced by the performances so far from Denzel Dumfries.

Writing in his editorial for TuttoMercatoWeb, the journalist gave the view that the Nerazzurri could see the Cagliari man as the right option to strengthen their right side due to Dumfries’s form.

Inter had reportedly been close to a deal for Nandez during the summer, with the Uruguayan admired for his ability to fill in at right-wing-back as he had shown himself to be proficient at under coach Leonardo Semplici.

However, the Nerazzurri’s transfer window was upended by the shock sale of Romelu Lukaku, and they were unable to reach a deal with the Rossoblu for the Uruguayan’s signature.

Dumfries had reportedly been the Nerazzurri’s first choice signing on the right and they moved for him, but so far his form has been erratic and he has not cemented a starting spot, so Inter could move for Nandez once again in January.

“Inter are planning their moves,” Ceccarini writes. “After the renewal of Lautaro Martinez, the agreement for that of Barella, who will be extended until 2026, is now also close to a step. Meanwhile, the difficulties of Dumfries have again led them to think of Nandez.”

He describes this as “A hypothesis that always remains alive and which we also talked about last week. The negotiation with Cagliari will not be easy but, as mentioned, Marotta and Ausilio will definitely try.”

“Given the complexity of the deal,” he goes on, “Inter are also looking for other alternatives. One idea is that of Bereszynski, already followed in the past. For now, only thoughts while waiting for some other opportunities to appear on the horizon.”