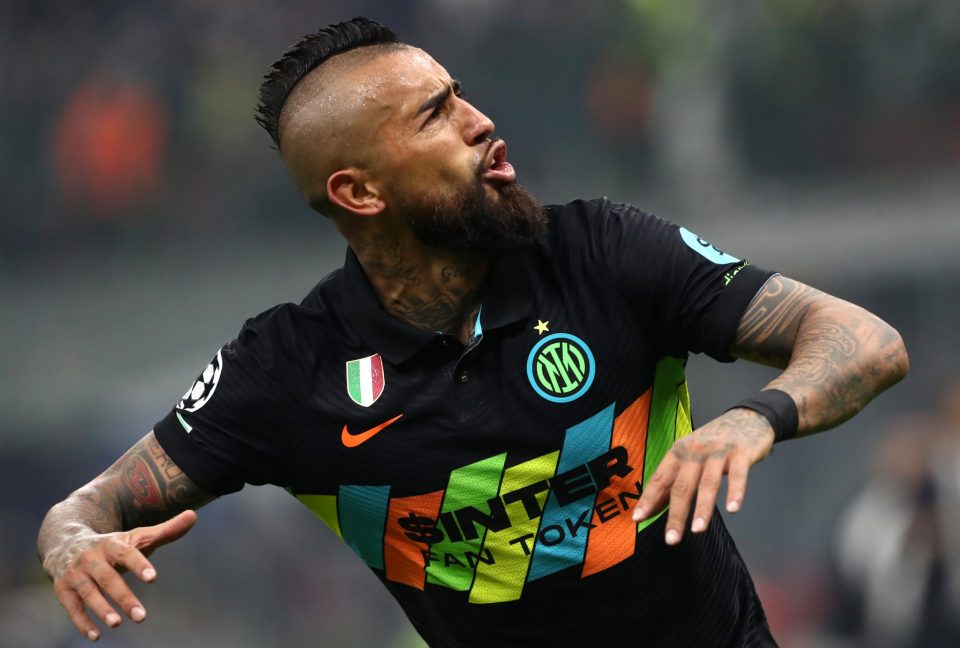 Arturo Vidal and Federico Dimarco are set to come into the starting eleven for Inter in their Champions League clash with Sheriff Tiraspol on Wednesday as coach Simone Inzaghi rotates the team once again.

This according to today’s print edition of Milan-based newspaper Gazzetta dello Sport, who report that the Nerazzurri could see as many as five changes to the lineup compared to the one that took the pitch against Udinese.

Vidal could come into the team in one of the midfield roles either side of Marcelo Brozovic, while Dimarco is set to take the place of Alessandro Bastoni on the left side of the defense.

On the right, Matteo Darmian will regain his spot from Denzel Dumfries, and Lautaro Martinez and Stefan de Vrij will come back into the team after being rested in yesterday’s match in favour of Joaquin Correa and Andrea Ranocchia.

Inzghi will be considering his team with a view to the massive derby with AC Milan over the weekend, having already shown that he is ready to look for performances from his entire squad throughout this busy period in the fixture calendar.