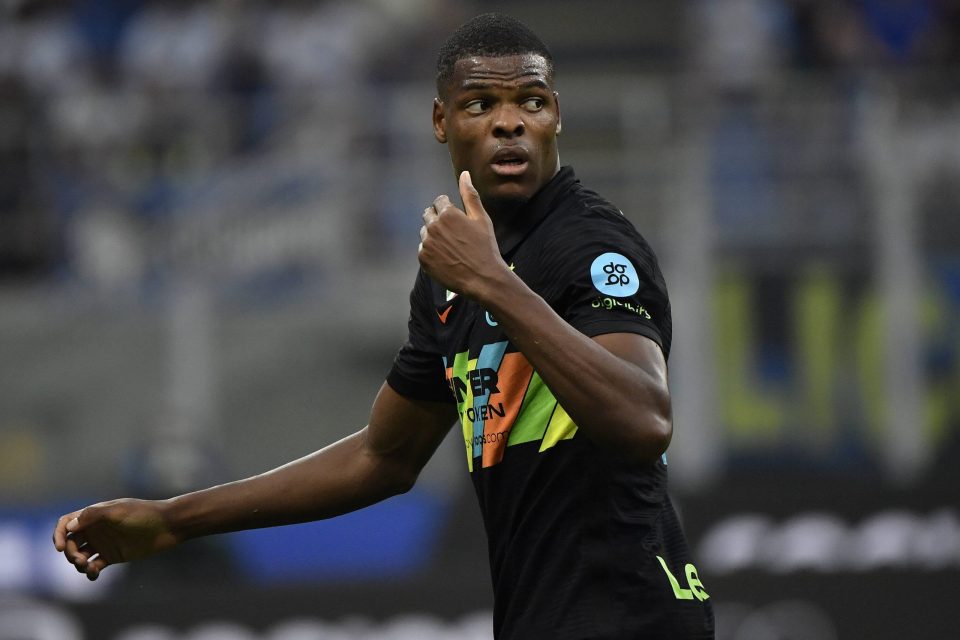 Inter were perhaps unfortunate not to have been awarded a penalty in yesterday’s 2-0 win over Udinese, for contact made between Denzel Dumfries and Bianconeri wing-back Jens Stryger Larsen.

This according to today’s print edition of Rome-based newspaper Corriere dello Sport, who argue that there was enough contact in the mistimed challenge that a spot kick could have been given.

The match at the San Siro yesterday afternoon largely passed without refereeing controversy, with official Juan Luca Sacchi dealing with the protestations of Udinese forward Gerard Deulofeu well after a Bianconeri goal was ruled out for offside.

However, one potential incident which Sacchi got wrong concerned the contact between Stryger Larsen and Dumfries, where the Nerazzurri man looked to have been taken down while going to control a parried save by Marco Silvestri in the Udinese penalty area.

The incident was far from clear and, in fact, there is no guarantee that had it been given on the pitch the VAR would not have advised the official to have another look.

However, there was enough in it that the Nerazzurri can still feel hard done by.