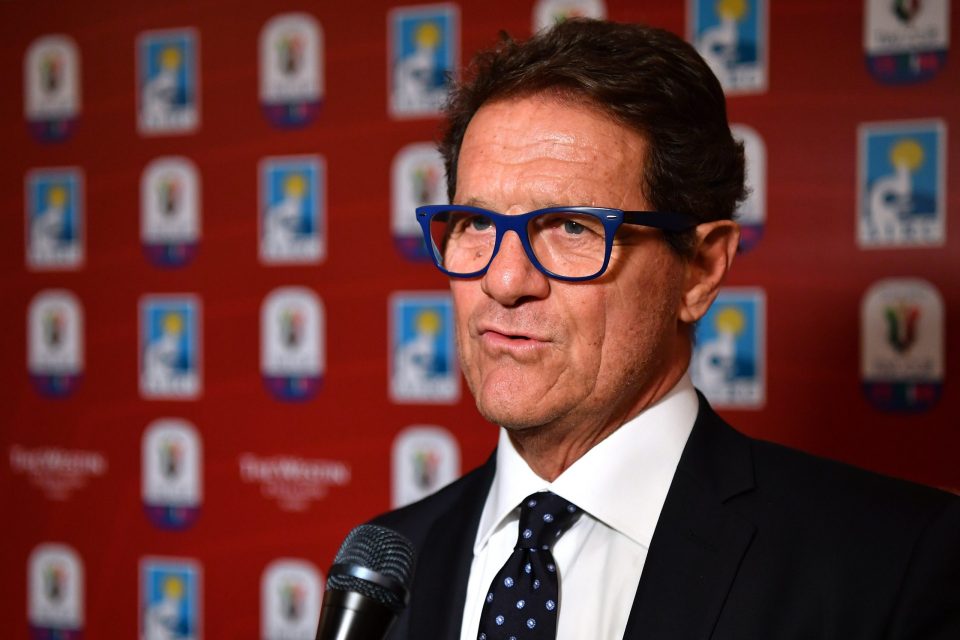 Former AC Milan coach Fabio Capello believes that Inter are playing with personality and a sense of identity to get through difficult games.

Speaking to Italian news outlet Calciomercato.com, the former coach gave the view that the Nerazzurri can compete over the entire season thanks to this sense of identity.

Inter have had to make a difficult transition from former coach Antonio Conte to ex-Lazio boss Simone Inzaghi, but they have played with a sense of attacking freedom and as the season has gone on they’ve shown more defensive solidity as well.

The team seem to know the way that the manager wants them to play more and more instinctively, and they can approach tough challenges on the pitch.

Capello is impressed by what he’s seen and believes that even if the Nerazzurri don’t win the derby against Milan on Sunday they can still get themselves through the season.

He gave the view that if they fail to beat the Rossoneri “It will be tough, given the gap that would be created, but Inter are a team that has personality. Against a physical team against Udinese they won a difficult match, the players want to win again.”