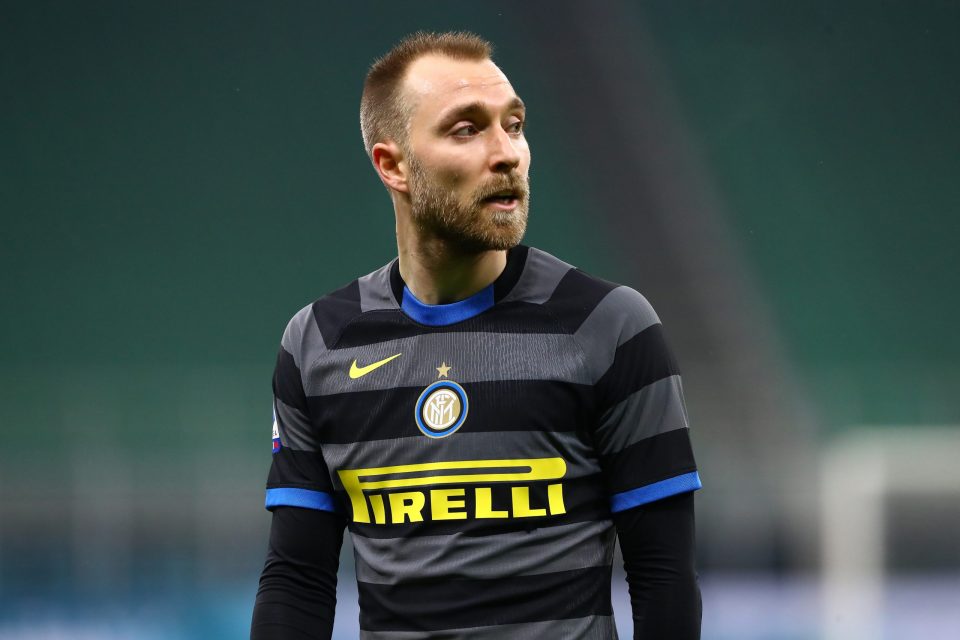 Inter midfielder Christian Eriksen could leave the Nerazzurri on a free transfer, with former club Ajax the likeliest destination.

This according to today’s print edition of Rome-based newspaper Corriere dello Sport, who report that the 29-year-old is not likely to be able to play in Serie A again due to health regulations so he could terminate his contract with the club.

Eriksen looks increasingly unlikely to be able to remove the ICD (Implantable Cardioverter Defibrulator) which he had been fitted with after his cardiac arrest on the pitch at the Euros.

Should the implant be required on a permanent basis then there is no chance of the Danish midfielder returning to the pitch in Serie A as the Italian regulations on the matter strictly prohibit their use.

Accordingly, the Nerazzurri could agree on a termination of contract with the midfielder, potentially taking a capital loss but also saving on his net €7.5 million salary over the rest of his contract until 2024.

Should Eriksen depart from Inter, the likeliest destination for him would be his former club Ajax, with the Dutch champions ready to sign him potentially as early as the beginning of 2022.