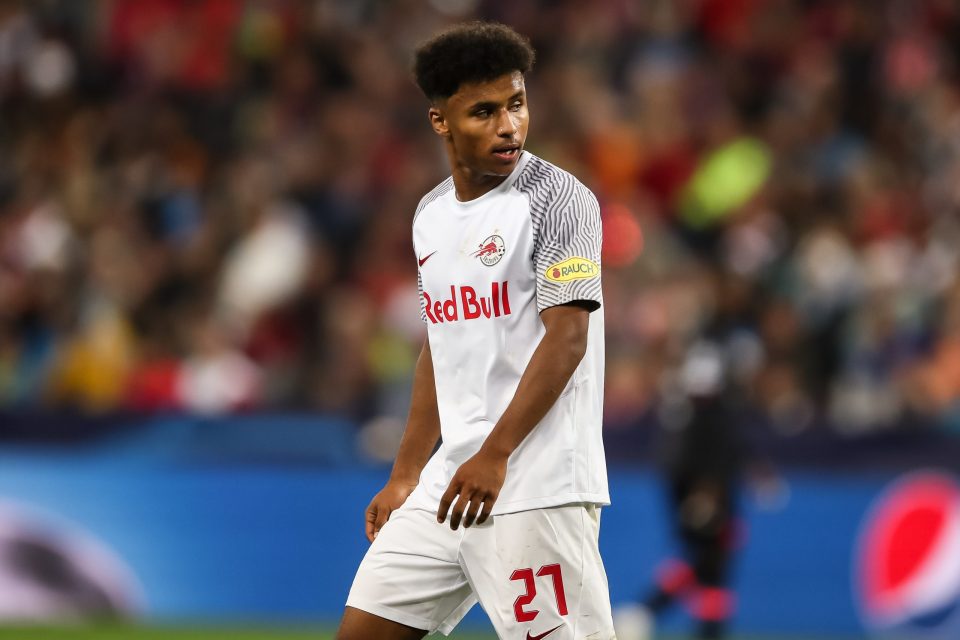 Inter are ready to offer Red Bull Salzburg striker Karim Adeyemi a five-year contract to try and convince him to join the club, although they will face strong competition for his signature.

This according to German broadcaster Sport1, who report that the Nerazzurri have put forward their offer although it is Borussia Dortmund who are in pole position for his signature, while the likes of Liverpool, PSG, and Real and Atletico Madrid are also tracking him.

Adeyemi has impressed with his performances this season, and has attracted the attention of a number of top clubs including Inter who are looking to reinforce their attack with younger signings.

The Nerazzurri are serious in their interest, although it is Dortmund who are currently reportedly be closest to his signature while moves to Tottenham Hotspur and Newcastle United have already been ruled out despite their interest in the 19-year-old.

In any event Adeyemi is expected to make his decision on a future transfer destination by the end of November and then focus on his football at Red Bull Salzburg.