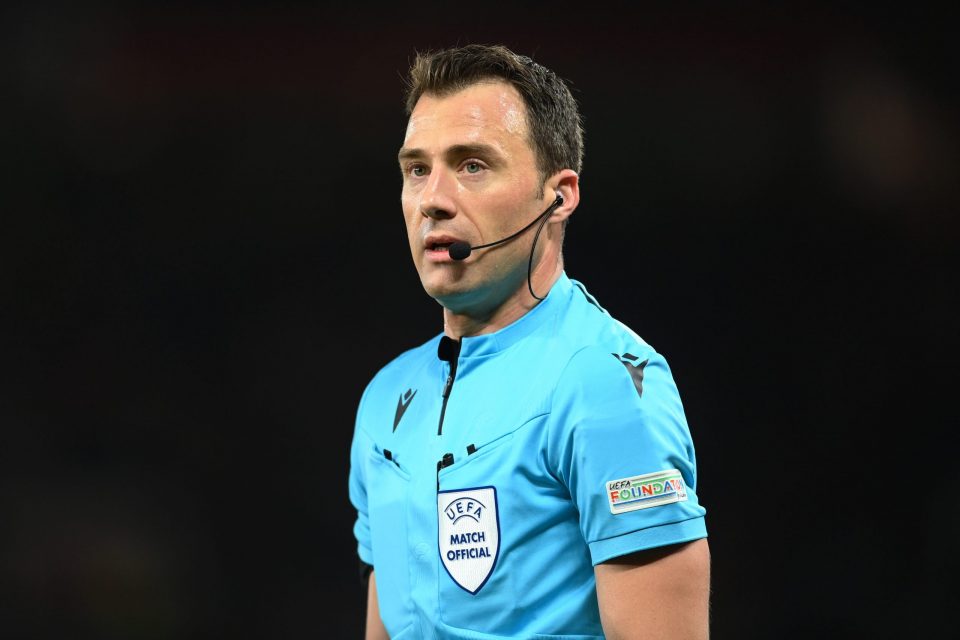 The German referee who was in charge of Inter’s 3-1 victory over FC Sheriff on Wednesday made one major error in the first half, according to a report in the Italian media today.

As has been reported by La Gazzetta dello Sport today, Felix Zwayer should not have allowed FC Sheriff to take a quick free kick in the first half after a foul by Arturo Vidal.

The Chilean was judged to have fouled Sebastian Thill and whilst the Inter players were protesting the decision with Felix Zwayer, he allowed FC Sheriff to take the free kick quickly and attack Inter’s box with a numerical advantage.

Other than that decision, the game was very quiet for the referee with no overly contentious moments.

Inter won the match 3-1 thanks to goals from Marcelo Brozovic, Milan Skriniar, and Alexis Sanchez. FC Sheriff did pull a goal back in stoppage time through Adama Traore.