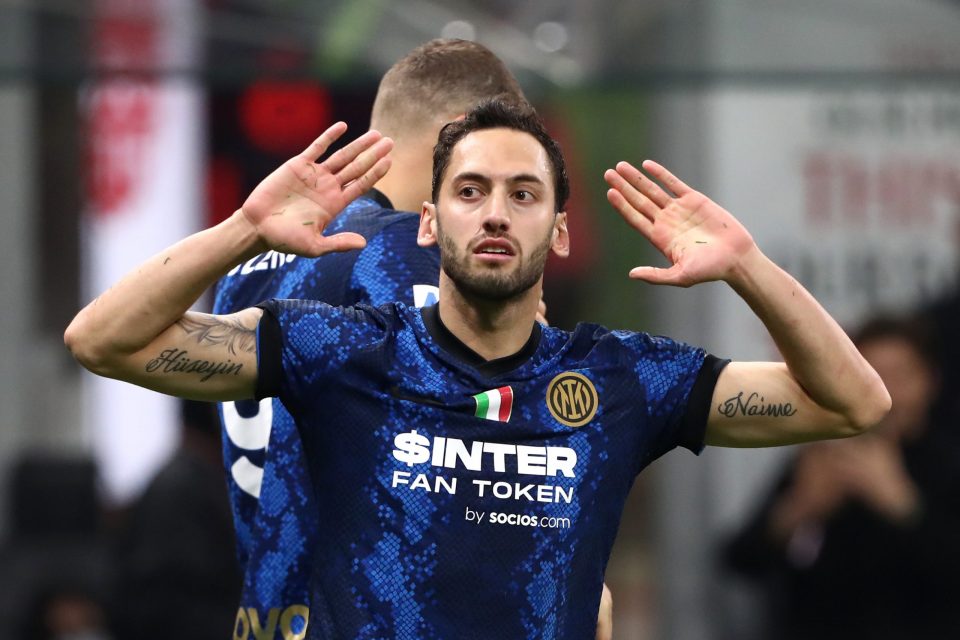 AC Milan players were upset by Inter midfielder Hakan Calhanoglu’s celebration after he scored a penalty against his former side, and only one former teammate greeted him after the match.

This according to today’s print edition of Turin-based newspaper Tuttosport, who report that the Turk was greeted by Alexis Saelemaekers at the end of Sunday’s derby, but that the rest of the Rossoneri players had felt aggrieved by the gestures with which he celebrated his early penalty.

Calhanoglu dispelled any notions that he would be nervous or lack commitment on his return to face his former team after leaving the Rossoneri on a free transfer in the summer when he won and scored a penalty early in the first half of the derby.

The 27-year-old coolly found the back of the net against his former side and then cupped his hands in a somewhat defiant celebration.

The Rossoneri bench were reportedly irritated with this gesture, with Alessandro Florenzi leading their outrage, and at the end of the match the only Milan player to go over to the Turkish midfielder was Saelemaekers.