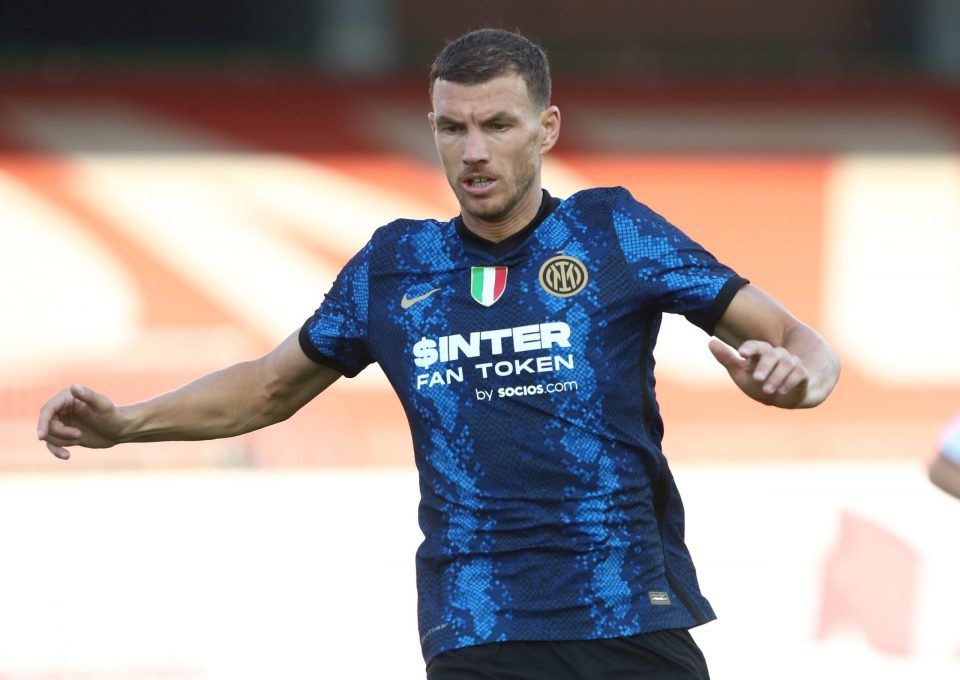 As reported in today’s newspaper edition of Corriere dello Sport, the forward has been struggling with a knock and did not feature in Bosnia’s 3-1 defeat to Finland in Sarajevo yesterday.

With Bosnia’s 2022 World Cup qualification hopes extinguished by that loss, it is believed that they won’t risk Dzeko against Ukraine on Tuesday and could send him back to Inter.

Whilst there has been no official communication yet, the Nerazzurri are hoping to have the former Roma captain back in Milan so that they can continue his treatment.

Italy international Bastoni was sent back last week and is set to undergo a scan on an adductor strain on Tuesday, as Inter attempt to manage his recovery.

Coach Simone Inzaghi is also sweating on the fitness of fellow centre-back Stefan De Vrij after he limped off at the end of the Netherlands’ 2-2 draw against Montenegro yesterday.