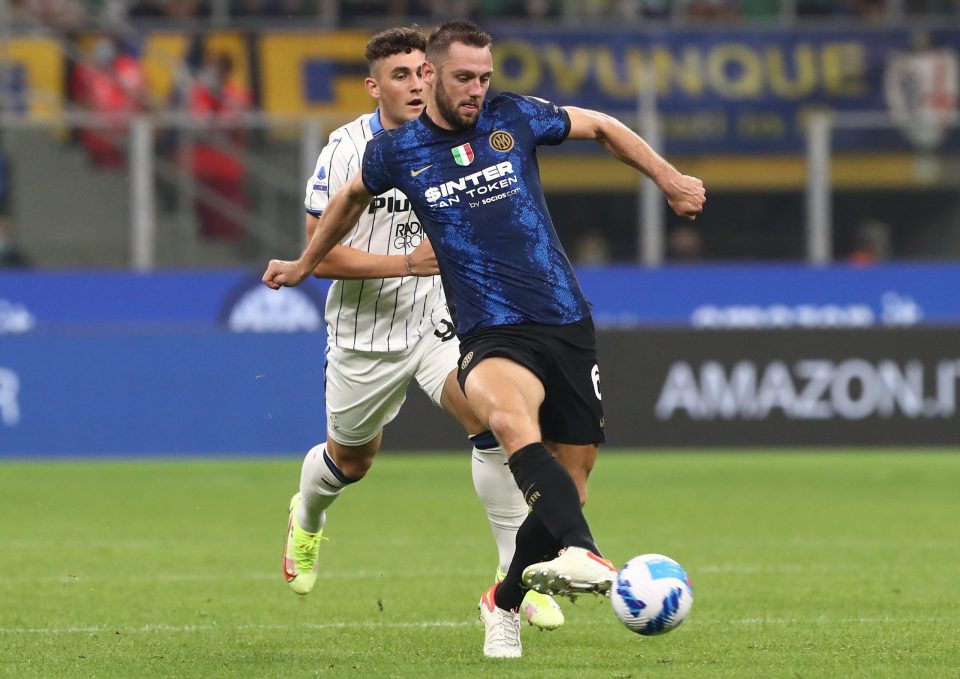 Inter centre-back Stefan De Vrij is set to fly back to Italy to undergo treatment at the club after picking up an injury on international duty with the Netherlands.

As reported on Italian television broadcaster Sky Sport Italia, and via FCInterNews.it, the defender will play no further part in the Dutch team’s 2022 World Cup Qualifying campaign and is set to return to Milan later this evening.

De Vrij limped off in the final minutes of yesterday’s 2-2 draw against Montenegro and has been ruled out of the decisive fixture against Norway on Tuesday, as Louis Van Gaal’s side look to seal a place at the tournament in Qatar next year.

The former Lazio defender will undergo tests today on a suspected thigh strain and a more in-depth prognosis of his injury is expected this evening.

It comes on the same day that Inter striker Edin Dzeko returns to the club from international duty with Bosnia after also struggling with injury.