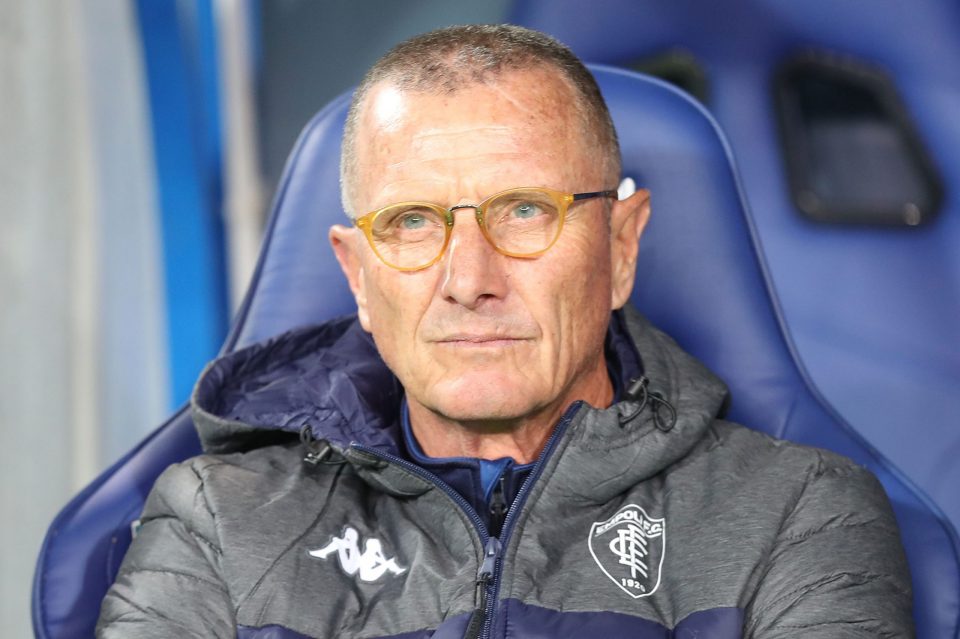 Ahead of side’s clash against Empoli, Hellas Verona coach Igor Tudor praised opposite number Aurelio Andreazzoli and felt they had produced an excellent performance against Inter.

Empoli fell to a 2-0 defeat to the reigning Serie A champions before the international break as a Samuele Ricci red card made their task all the more difficult, with Danilo D’Ambrosio and Federico Dimarco getting the goals.

Speaking in his pre-match press conference before tomorrow’s match, and as reported by FCInterNews.it, Tudor spoke glowingly of the former Roma caretaker coach and felt he brought a different style and approach to Empoli.

“The other day I was talking about his old Empoli, who played one of the best games of recent times against Inter in the last match,” ex-Juventus defender Tudor declared.

“I faced him with Udinese, he had strong players and he is a coach who made them play well. He has his own way of seeing football, and that’s right.”

Verona have recovered from a poor start under former coach Eusebio Di Francesco to move into 10th place in the Serie A table, with Tudor losing only one of his seven matches in charge.