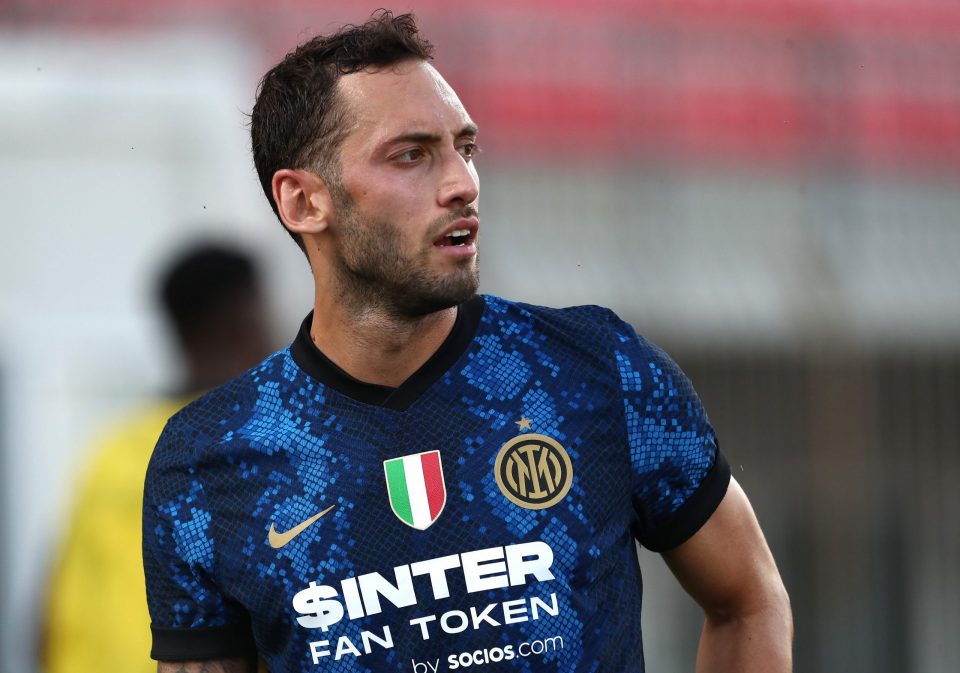 Inter midfielder Hakan Calhanoglu has said that the Nerazzurri are on the right track to achieve their goals this season, according to a report in the Italian broadcast media.

Speaking to Sky Sport after the 2-0 victory over Shakhtar Donetsk on Wednesday night, via FCInter1908, the Turkish midfielder seemed happy with the work being done by all at the club.

“We are on the right track because we work well every day with our coach and his staff. We have to continue like this.”

Hakan Calhanoglu also refused to be drawn into speculation about where Inter can get to in this season’s Champions League.

Wednesday’s win over Shakhtar Donetsk means that Inter have qualified for the latter stages for the first time in 10 years.

“Where can we get to in Europe? I don’t like to talk too much, the other teams are strong. We are happy today, then we will see who will arrive.”

It is not yet clear if Inter will qualify as group winners or not because they would first need to beat Real Madrid at the Bernabeu on the final matchday of the tournament.